The favourite genre Vapor/synth or, more specifically, post-virtual secondwave lo-fi hyperpop will be represented at Pohoda deň_FM by the Bratislava band Quatro Emocione. As the name of the band suggests, their music is about strong emotions, and the group consists of six excellent musicians led by singer Kristína Smetanová. Well Kristína graduated in piano, but it is her to make singing-like melodies using the Vocaloid vkb-100 keyboard. The project includes bassist Miloš Bulík, also active in formations Space Cats, La3no Cubano, Erik Šulc & Tribal Colors, Isobutane and others. A year ago, they released the EP Cheetahs In Danger, which discusses interpersonal relationships, parties and, last but not least, cheetahs as an endangered species. → read more

Donny is accompanied on his European tour by an international band from Gold Coast, Greatest Hits. While Donny is reminiscent of the 80’s, Greatest Hits will take us yet one more decade back into the past. A gust of the seventies, psychedelia, surf-rock, and, above all, very catchy rhythms and melodies. Simply put, Don can choose well. The band formed in the north of England when Australian artist Ryan Cooper teamed up with friends from around the world with the simple intention of doing something that has a groove. Due to visa problems, he eventually returned home from the United States, and today the band consists of Ryan Cooper, Chelsea Foley, and Henry Chatham. Their music is about handling the heavy things lightly. Ryan says: “We want to laugh at our insecurities, and point out our struggles, while having a good time!” They have released two successful EPs Vol. One and Volume two.  → read more

The stars of the indietronic genre, Icelandic band múm, will offer a darker and dreamy atmosphere at Pohoda Day_FM. They play dreamy music oscillating between the indietronica and glitch pop genres. They are coming to Bratislava with a special project that provides sound to the cult German silent film Menschen am Sonntag.  → read more

There are only few names that visitors to Pohoda have grown fond of as much as of Donny Benét. This Australian bon vivant and music time machine is returning to Slovakia after three years and will perform with the band at Pohoda deň_FM on Friday, the 6th of May. Australia has exported a number of music stars, yet, at least on Facebook, the largest Slovak fanclub cheers for the Australian post-disco phenomenon Donny Benét.  → read more

We had to wait more than two years for Lola Marsh concerts, but they were worth it. After concerts in Trenčín and Bratislava, yesterday the band ended the Slovak part of their tour with another great performance at the Žilina Town Theater. We thank everyone who attended and especially Lola Marsh and Nina Kohout. We are looking forward to you next Friday at Pohoda deň_FM and in a little over ten weeks at Pohoda 2022. → read more 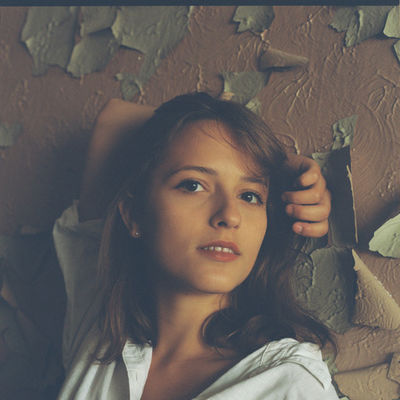 The opening act for the Lola Marsh concerts will be a talented singer from Trenčín, Nina Kohout. Nina studies at the prestigious London music school The BRIT School, alma mater also to Adele and Amy Winehouse. Last year she won the Discovery of the Year award at the Radio Head Awards and at the beginning of this year she released her debut EP Pandemonium that was very well received. She will shortly introduce it also in Slovakia, including performances at Lola Marsh concerts. She has already performed with this band, at Pohoda 2016. We are looking forward to their pleasant concert “reunion” this Friday in Trenčín, on Saturday in Bratislava, and on Monday in Žilina. → read more 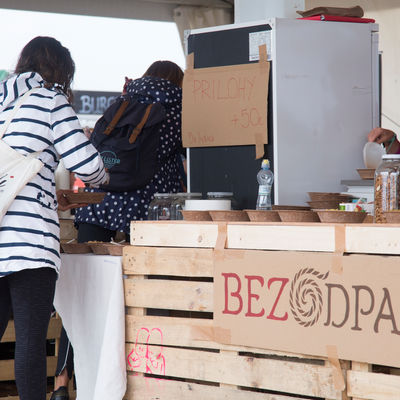 Registration and eco-challenge for gastro-vendors

A novelty of Pohoda 2022 is the possibility to participate as a gastro-vendor in the new “eco-gastro” zone.  This is one of the activities within the European research project GEX, Green Europe Experience. Its goal is to find eco-friendly approaches also for festival gastronomy, i.e. to reduce its ecological footprint.   → read more 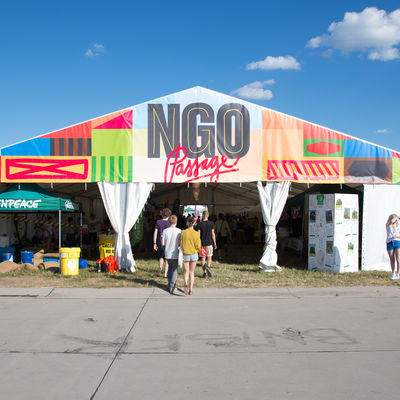 Launch of NGO registration for Pohoda 2022

Also in 2022, Pohoda will offer a space for the presentation of non-profit organisations, foundations, and civic associations in the NGO passage. Registration for these organisations is already running and will be available until the 8th May via the online form at www.pohodafestival.sk/ngo/register.   → read more 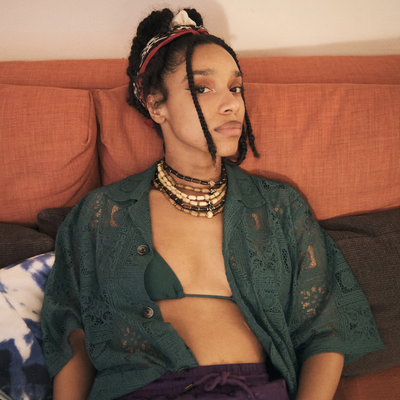 We only exceptionally repeat booking of foreign stars, yet sometimes we think it is necessary. The performance of the British neo-soul singer Lianne La Havas will fall into that category. In 2019, she won visitors to Pohoda performing alone with her guitar, and this year she will appear with the whole band and a new eponymous album. Her third studio album has had the best media response so far, bringing her the award for best album at last year’s Ivor Novello Awards, a nomination for the Brit Awards, and comparisons to r’n’b legends such as Jill Scott and Erykah Badu.  → read more

Pohoda 2022 will also host Ukrainian artist STASIK. It is a musical hip-hop project by war veteran from Donbas, activist, presenter, theatre and film actress Anastasia Shevchenko. She has worked at the well-known independent Dakh, theatre, starred in the film Chrysanthemum Holiday and in 2019 won the Young Talent Award at the Jager Music Awards (it was also awarded to artists such as IC3PEAK, Shortparis and Nina Kravitz). Each of her songs is a clear statement and she is willing to even tear her throat to be heard. Her songs and clips made one shiver already in 2019, and their power and topicality, unfortunately, were multiplied again by the war. → read more