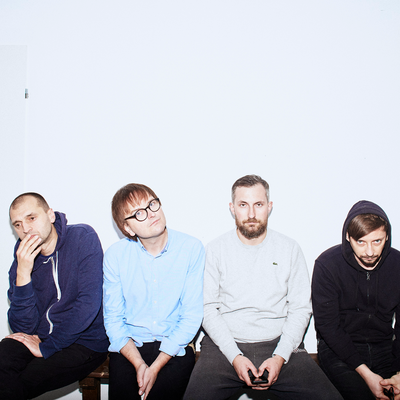 The Polish art-rock band Trupa Trupa has been a good example of the scene from Central and Eastern Europe for several years now, with world agencies, festivals, and Western media continuing interest in their work. Their songs are played by Iggy Pop, Mary Anne Hobbs, and Steve Lamacq on BBC 6 Music and they have also appeared on the KEXP and NPR Tiny Desk session. They are praised by The Times, Mojo, and Rolling Stone, and we can expect some more praise as early as the beginning of February, when they will release another studio album. As Pitchfork describes, “Trupa Trupa are the rare dystopian post-punk band to embrace optimism and levity as necessary survival mechanisms. They may not have the perfect prescription for a better world, but they welcome you to imagine one together”. This invitation applies to the Pohoda 2022 visitors as well. → read more 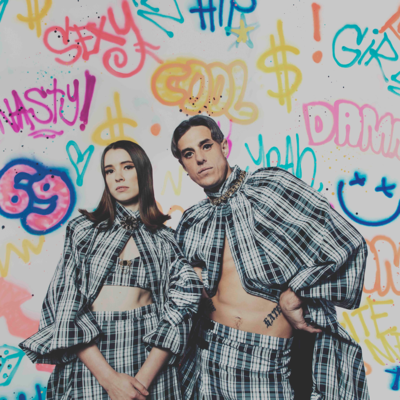 Probably the most played song in the office before Pohoda 2018 was "Boyfriend (Repeat)" by Confidence Man. After Glastonbury, Gigwise described them as one of the best live bands they had seen in recent years which was fully confirmed in Slovakia as well. According to The Independent, they launched into a type of tongue-in-cheek, hedonistic ambiguous disco bangers at Pohoda. Living up to their reputation as the summer’s greatest festival band, an hour in their company was the most delirious fun imaginable, combining the ridiculous, the highly camp, and the utterly magnificent." Since their last visit with us, they have recorded several singles. They released the latest one, Holiday, in November, and at the same time also announced the second album, Tilt, scheduled for release in early April. That’s why we didn’t hesitate when the opportunity arose to book them again, and so, at the 24th Pohoda, you will get to see also Confidence Man. → read more

One of the TOP albums of 2021 will be presented at Pohoda by the great American indie-rock artist Snail Mail. Lindsey Jordan has been performing as a Snail Mail since she was fifteen; she released her first EP Habit a year later. At eighteen, she debuted with album Lush, which was one of the top recordings of 2018. The album (by still only teenagers at the time) was described by Pitchfork as “emotionally wise, musically clear, and encompasses the once and future sound of indie rock.”  → read more 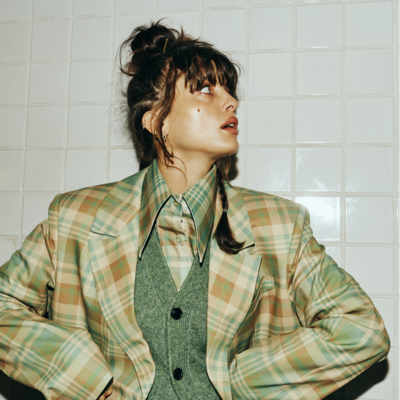 Already in 2019, Noga Erez performed at our festival as a figure with a great deal of fame, which she had earned for her fantastic debut Off The Radar. After her show, it was clear to us that we wanted her on stage again as soon as possible. Especially after March last year, when she and her partner and co-producer Ori Rousso brouhgt up a new project with the accompanying band and recorded album KIDS. Street rap and razor sharp beats in combination with an excellent wind section, elaborate instrumental and vocal arrangements, and even stadium-like choruses left an impression far beyond the borders of her native Tel Aviv. As Neil Kulkarni wrote in a review of The Quietus: “You won’t hear a better pop album this year. I doubt you’ll hear a better rap album this year.” If you watch the videos for songs from the album, such as End of The Road, Fire Kites, Knockout, Views, Story, You So Done, or Cipi, you will understand that this is a record that has no weak spots. Fans of Noga Erez can come enjoy even better moments live at Pohoda 2022.     → read more 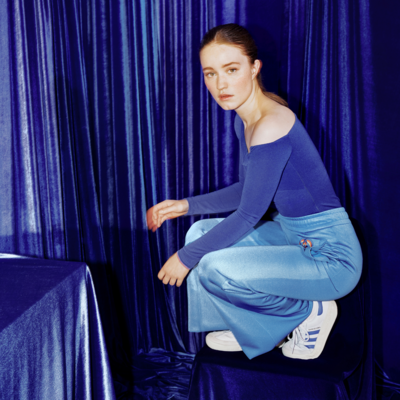 “Hi. In my opinion, we should book this young lady from Norway while we can ;) Her live performance was praised in reviews also by The Independent and The Telegraph... and in fact everyone praises her,” said Pohoda PR manager Tono Repka in his e-mail to Michal Kaščák at the end of the year in which Sigrid took over The BBC Music Sound of 2018. For several understandable reasons, it took a while, but we are glad that this energetic Norwegian electropop star will be performing also for the visitors of the 24th edition of Pohoda upcoming in a few months. → read more 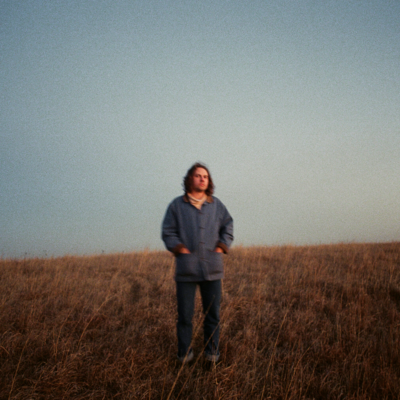 Another name in the list of confirmed artists of Pohoda 2022 is the great American folk-rock songwriter Kevin Morby. Pitchfork's review of his album Singing Saw compares him to artists like Bob Dylan and Leonard Cohen. Six fantastic albums over the past eight years have turned him into one of the most crucial songwriters of the decade in his early thirties. The Telegraph described his album Oh My God described as a spiritual album for a secular age that tries to distil a sense of the divine from the very act of making music. In the fall of 2020, he released album Sundowner, which, according to Pitchfork, brings “a vision of the Midwest that feels mythical and enormous.” Pitchfork appreciates about Morby in particular that he is extremely receptive to the world around him: “His observations require perception. Plenty of what he sees is mundane, but it’s Morby’s gift that the quotidian never feels boring.” → read more 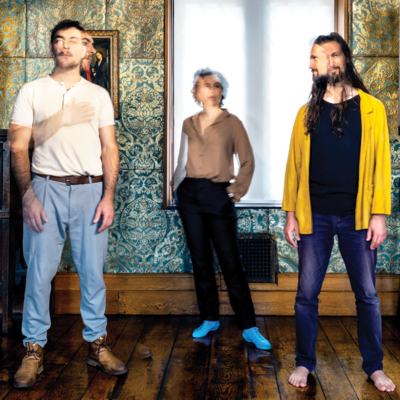 Aquaserge, the experimental-avant-prog-rock band from Toulouse, southern France, is the latest name confirmed for Pohoda 2022. In their music, they draw from genres such as psych pop, freejazz, noise, French film music, kraut as well as cult Gallic bands. → read more 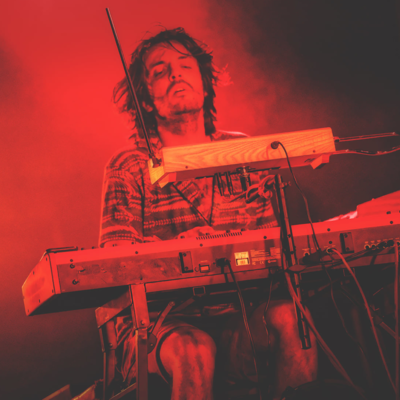 Pohoda 2022 to host Mezerg, an extremely entertaining and talented multi-instrumentalist, sound experimenter, and master of improvisation. This French music showman became one of the winners of Music Moves Europe 2022 yesterday, and a concise quote from the jury members on his behalf speaks for itself: “He is doing something crazy! Good show, good music, good at all!” Mezerg plays mainly dance and electronic music oscillating between funk, house, and acid techno. Instead of pre-recorded samples, you get to see live brilliantly performed instrumental pieces; we ourselves witnessed them at Eurosonic at the beginning of 2020. We danced through the whole show in the first row and left soaking in sweat. The dramaturgist of our club, Matwe, was also excited, and described the artist briefly and clearly: “Genius!” → read more 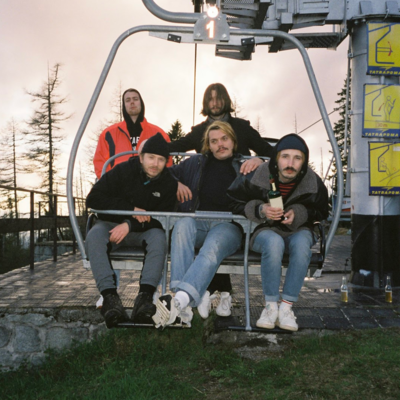 52 Hertz Whale were selected by the organisers of the prestigious showcase festival Eurosonic (ESNS) to play this year’s edition, and the band will perform online already tonight. The concert is free and you can watch it at this link: https://esns.nl/. You will also be able to see 52 Hertz Whale live at Pohoda 2022 :) → read more 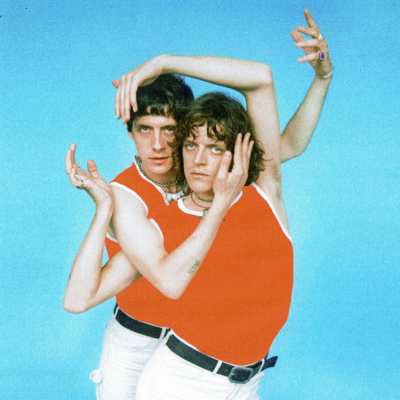 Pohoda 2022 will host also Franco-American brothers Elliott and Virgile Arndt and their “anti-rock project” Faux Real. Their Faux Realism combines elements of post-punk, glam rock, and contemporary R&B with a unique sense of humour, boy band tropes, and a forward-thinking approach to modern pop culture. According to i-D magazine, they fuse the sound and aesthetic of disco with the chaos of a punk show. “Faux Real is a joy. The best quarantine karaoke! Paraphrasing their lyrics, thanks to them, we have faced the emotional compressions of the past two years with more ease,“ says about the Faux Real booking our graphics department, whose members Terezka and Gabko can no longer wait for their concert at the Trenčín airport.   → read more