Korben Dallas’ concert on the main stage had to be interrupted due to bad weather conditions. After a while, however, the band came back onstage and continued in a great performance that portals Hudba.sk and Fičí included in their Pohoda highlights . A recording of their concert can be now watched on our YouTube channel. https://youtu.be/gJiIkeQicCg → read more 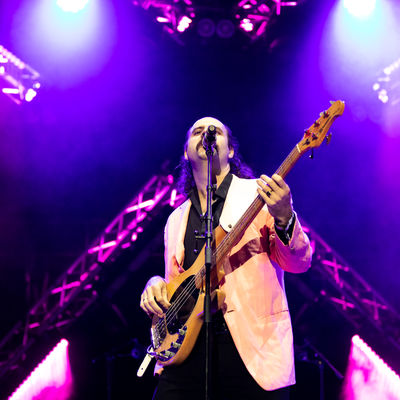 Pohoda´s discovery, Donny Benét, performed alone during his debut in Slovakia. At his sold-out autumn tour around Slovakia, he was accompanied by his brother Dan and at this year´s Pohoda, the two were joined by the whole group -- The Donny Benét Show Band. The Australian disco king has instantly become a phenomenon and a sweetheart of Pohoda. It is not much of a surprise then that the organisers´ thank-you for the 23rd Pohoda took place during Donny´s performance. You can experience the top-notch atmosphere of this nonchalant artist´s show at our YouTube channel. https://youtu.be/2YFWLuJ6y4w → read more 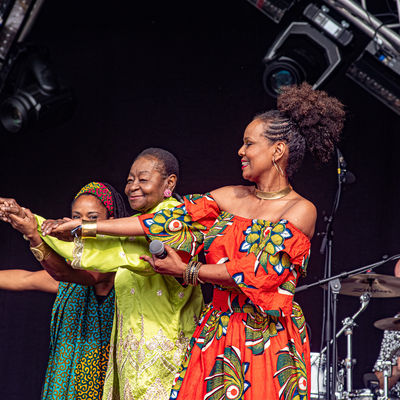 The legend of the Caribbean music and the queen of the Calypso genre – Calypso Rose, also played at Pohoda 2019. Nina from Rádio_FM wrote the following about her performance at Pohoda: "At the age 79, she is still full of energy and doesn't lose her sense of humor, even though she has overcome cancer and heart attacks. Her concert at this year's Pohoda was one of the greatest experiences, despite the fact she had to take a longer break and had her band members step in for the time. It's very inspiring to see such genuine joy and enthusiasm for music on stage at such a high age." From today on, you can watch a selection of songs she played at Orange stage at Pohoda 2019 on our YouTube channel. https://youtu.be/WLNnAkmQZ0M → read more 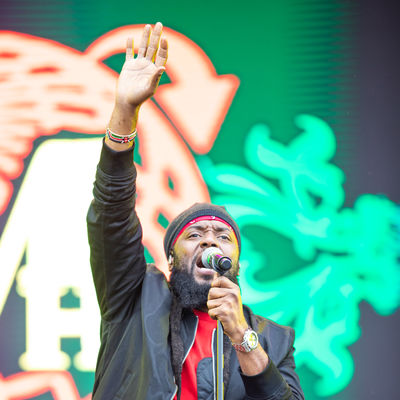 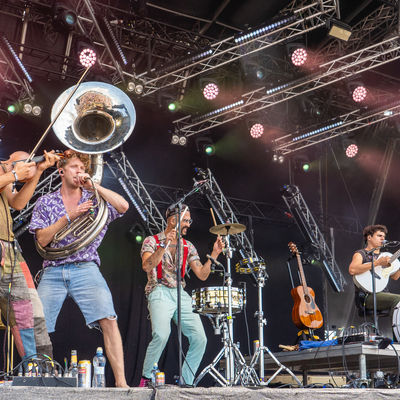 The sensation of the German folk scene, Bukahara, made the Pohoda attenders dance as well. The band mixes gypsy jazz, swing, and reggae with Balkan and Arab influences. They performed their song My Name within Pohoda acoustic session. https://youtu.be/H4OLTX0chN8 → read more 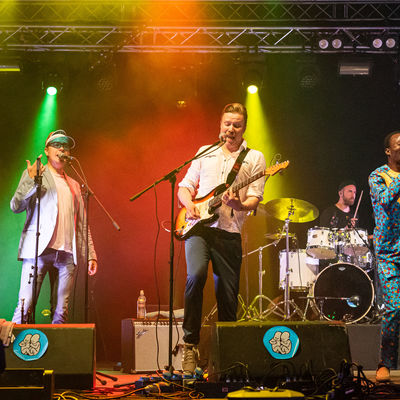 Pohoda 2019 also hosted the Finnish-Beninese band Helsinki-Cotonou Ensemble. The band mixes afrobeat, voodoo rhythm, jazz and funky. This Afro-Nordic collaboration has already captivated fRoots, worldmusic central and many other world music-oriented portals and charts. This is how they performed for us within Pohoda acoustic session. https://youtu.be/NbDUWFbFbKw → read more 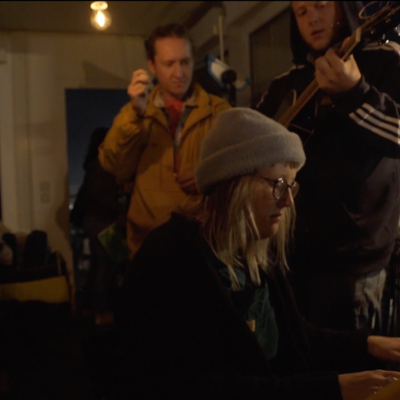 The Brighton band Penelope Isles is another band that took part in our acoustic sessions. Line of Best Fit described their songs like “Their tracks are like your favourite sweets with shards of broken glass embedded in them, the potential of which is just screaming out for attention.” https://youtu.be/D8MW1K3mRuk → read more 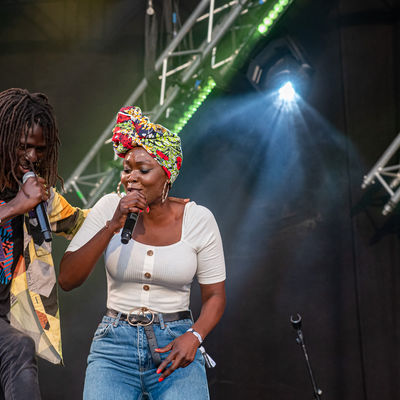 Pohoda 2019 also featured Emmanuel Jal, the former child soldier from South Sudan, together with his sister Nyaruach. Emmanuel has released five award-nominated albums, co-starred with Reese Witherspoon in the motion picture The Good Lie, performed at Live 8, Nelson Mandela’s 90th Birthday Concert and the One Concert for his Holiness the Dalai Lama. He is one of the spokesmen for the Make Poverty History campaign; he was awarded the Desmond Tutu Reconciliation Award 2017, The Dresden Peace Prize; he was asked to give a talk at TED Global, to be a Young Global Leader for the World Economic Forum, and he also performed at the G20 summit. In addition to their concert at Orange stage, they also played for us within Pohoda Acoustic Session. https://youtu.be/R-e4jWsxJ4w → read more

Pohoda 2019 also hosted Afghanistan’s firstall-female orchestra – Zohra. The members of the ensemble are one of the first women in their families and throughout the country to study music in the past 30 years. In a very short time, these brave musicians earned the recognition of the media as BBC, NPR, CNBC, The New Your Times, Le Figaro, La Repubblica and many others. In addition to the concert on the main stage, they also performed for us within Pohoda acoustic session. https://youtu.be/Yhadai90iy4 → read more 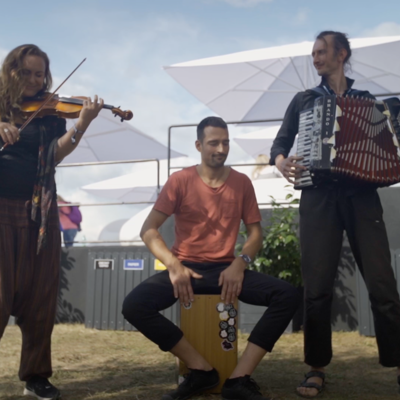 Pohoda featured the Scandinavian-Balkan folk-punk of the band Trio Katastrofa. The band consists of the Swedish violinist Sofia Hogstadius (specialized in Bulgarian folk music), Swedish-Chilean percussionist Stefan Hedborg and Slovenian accordionist Matija Solce, while everyone is involved vocally as well. Michal Kaščák witnessed one of their flamboyant performance and described it as follows: “What the Trio showed was a demonstration of perfect communication with the audience, as well as a demonstration of musical mastery, the joy of which can make you laugh.” This is how they performed for us within Pohoda acoustic session. https://youtu.be/vJCP9DWp9As → read more