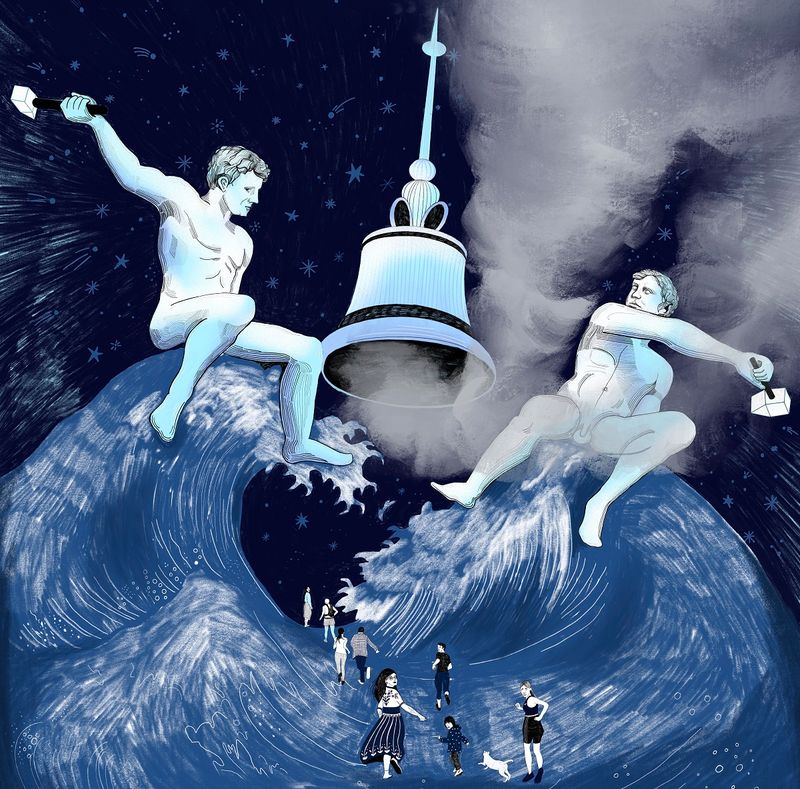 Tittingur are releasing their third album called “Epiphany” today. They will perform it publicly in premiere at the Pohoda in the Air festival. In fact, it will be a digitally-streamed public release of the album, which is, paradoxically, their first recording on analog media. The band said that in the new album, they are moving into yet more abstract territories of the zeitgeist sound of electronic music. Ambiguous rhythms, ferocious synths, inexplicable collages, braindancing; everything more explosive, piercing and exaggerated than ever before. Broken sound dystopia and a view of the natural world in decay. The album was created mainly in Copenhagen over the past year and it will be released as the first Tittingur album on a disc under Weltschmerzen label. https://tittingur.bandcamp.com/

"Tittingur have taken the core ingredients of hardcore electronica and slung them into a liquidizer, with a few razor blades added in for seasoning. Rising smoke and heavy strobing complete the picture of Tittingur’s beautiful, brutalist destruction."
Under the Radar (2019)

"Some people may say that there are certain artists whose music quite honestly isn’t for the faint hearted (...) Despite all the noise, their music does possess a certain sense of identity which is equal parts hard to place and easy to recognise. Their set at Eurosonic is likely to be one of the festival’s most absurd, but also one of the most unmissable."
ALL THINGS LOUD, (2018)

"Tittingur swear allegiance to the physical nature of the listener’s response, which is especially characteristic of their live performances. (...) A mental drug for both beginners and advanced listeners."
Full Moon Zine / SoundCzech, (2019)

"[Tittingur] bring to the fore an avalanche of sound that (...) explores the exhilarating rush of high decibel and dense rhythms that only digitally generated music can bring."
Louder Than War (2018)