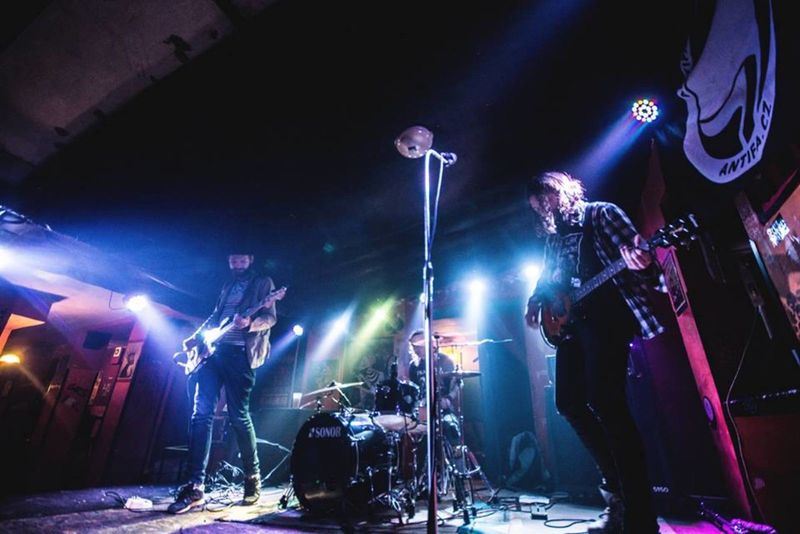 Pohoda to present The Wilderness, Raptor Koch and Vojdi in Groningen

In less than a week, Dutch Groningen will be transformed into a city with the highest concentration of music professionals in the world. Thanks to Czech and Slovak focus at ESNS 2019, 21 artists from our countries will have a chance to present themselves in front of them. However, other Slovak bands will also have their opportunity at a parallel, more alternative Pinguin Radio Showcase Festival. The Wilderness, Raptor Koch and Vojdi are going to playing in one of the biggest bars in the centre of the city, De Drie Gezusters, during the Thursday night within a programme curated by Pohoda.

The Wilderness are an absolute proof that punk in its best form is not dead. Guitarist and singer Denis Bango is a genius, a guitar destroyer, and a great curator. Renat Khallo described them in a review using the following words: "Heavy punk without cliché and infantile talk." Just recently they released their first video for the song "Čo s tým hnevom" (also produced at Pohoda 2018 with a Pussy Riot guest), which Hudba.sk described to be a video of the year.

Stano Sninský, a musician from Humenné, is behind this pseudonym. He started with stories called Havko Piťko, then continued with the project Peacar and Pas mech alibi, which lead to the current Raptoch Koch.  He swims far away from safe waters, in the deep end of musical anarchy. Where others smooth the edges, Raptor Koch adds colour and takes you somewhere familiar and yet never known before.

The Prešov trio Vojdi is characterized by diversified compositions with frequent changes of motifs and unconventional rhythm. They resemble Chiki liki tu-a with their ironic approach to music, but in as for the sound they’re influenced by the French new wave of eclectic bands like Aquaserge and Moodoid. After Pohoda Festival, first-class Prešov Math-Progressive-India-Shoegaze by Vojdi will be soon heard at the Pinguin Radio Showcase festival in Groningen, the Netherlands.