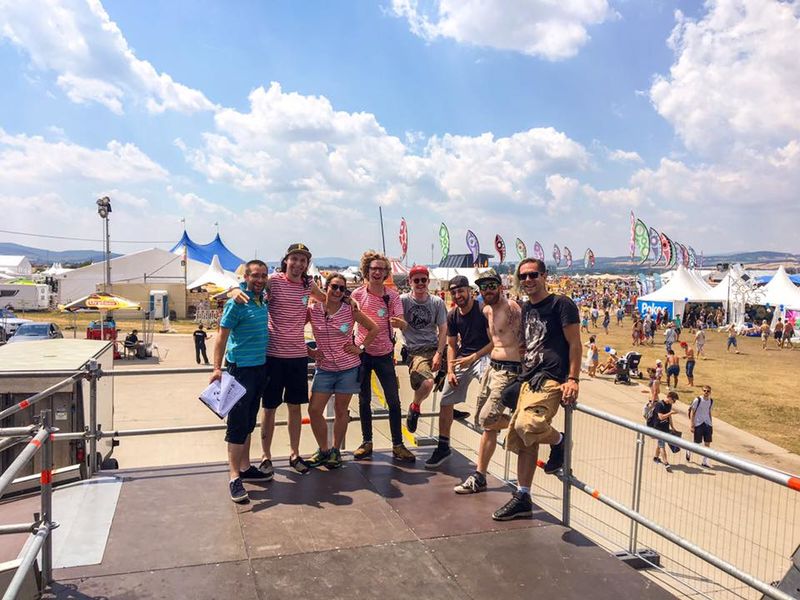 May we not let them down — by Michal Kascak

I am not a supporter of the over-involvement of the state in culture. However, if the state has ever had a chance to show that it is not just an impersonal institution, it is happening now. How the state handles the current situation will directly impact how we will look at it in the long run after the coronavirus pandemic is over. At the same time, it is a chance to understand how much, despite temporary isolation, we depend on each other. We have a chance to understand how invisible relationships work in individual activities of people. In fact, the festival is a miniature of a society where people meet from cleaners, temporary workers, technicians, artists to top experts in medicine, technology, meteorology, and construction. And this is how the whole culture works.

When discussing measures in culture, many people imagine only those seen on stage. But behind them, there are a lot of people doing a great job. They are often freelancers, self-employed persons, sole traders, and also small teams and companies that match the best in the world. At the same time, these top-of-the-range people behind the scenes are a huge invisible group of citizens that is particularly existentially vulnerable to measures related to coronavirus. By this I do not mean Pohoda, we rely mainly on our visitors, partners, good relationships with music agents and suppliers. And it is true that thousands of people will lose their income if the festival does not take place. However, who I am referring to mainly is the whole club scene, many small businesses, galleries, events, music pubs, activists, artists, and people who take care of all the above mentioned.

The threat we are witnessing cannot be effectively solved without the involvement of the state. How has the state responded so far? Unfortunately, we have heard almost nothing. We live on the Internet these days: look at how the website of the former Ministry of Culture of the Slovak Republic looks like and compare it with the same of the Czech Republic. These are two different galaxies.  In one of her statements, minister Laššáková said everyone could perhaps be insured. She couldn’t put more ridicule to all at the end of her mandate: such insurance is almost impossible to agree in Slovakia. We’ve been trying to do it for years, and I can’t imagine how stage managers, ushers in clubs, tent suppliers, riggers or any other “workers” in culture are going to insure themselves against a non-existent epidemic. I don’t know any country where it would work this way, much less a country where, in a similar situation, a public official would show this way a lack of knowledge of their own department and such a degree of lack of empathy.

In a TV programme on emergency measures in culture, the new minister said there are cultural funds available. True, but they only work for artists who, of course, are also in a disastrous situation. Sound engineers, illuminators, stage builders, toolmakers, helpers, or toilet suppliers are not eligible to apply for Slovak Arts Council support. People working in culture are said to be creative and perhaps will help each other. Certainly, they are creative and the various communities work great. But if you don’t have income for a few months, you need creativity to get food. Now if you think I’m exaggerating, you don’t know the background of art in Slovakia. This is not about profits; this is about the daily lives of thousands of people and their families.

There are solutions, and, fortunately, we can be inspired by the wise decisions of our European friends. The German Minister of culture came up with the slogan “I will not let them down” and a fantastic €50 million aid programme, including help for individuals in culture behind the scenes. Our position is not the same as Germany’s, so let’s have a look at Romania and their three-fifths of GDP per capita compared to Slovakia. The Romanian government has decided to postpone the payment of taxes by 30 days after the emergency situation. Their government will pay 75% of the salary of each employee of a company that is unable to carry out work due to measures (up to a limit of 75% of the average salary in Romania). The state will pay a minimum wage to all individuals with a loss of income related to the coronavirus. Similar measures have also been introduced in the business-oriented UK (so far for companies, an extension is planned to individuals, with 80% of salary), in the Czech Republic, and France. Why are they doing that? So that when the pandemic is over, the country will be able to function and its budget will not be burdened by loads of unemployed, countless bankrupt companies, huge amounts of unpaid invoices, secondary insolvency, and people ending up on the street. Later social allowances and costs of bringing everyone back to work would be much higher.

I sometimes hear odes to the on-line world. True, a few people can find self-actualization there too, and some can make a decent living out of it (aren't you interested in an on-line course “Yelling at kids: easy and fast”?) I do not believe in salvation through the on-line world. Most of the people I mentioned above can’t find self-actualization on-line. The Spanish flu was followed by an era of dance halls and an explosion of art; I believe that we too will have a good future after this period is over. It is important that it concerns as many people as possible.

The new government now has the opportunity to show that the state can also represent fellowship, support, and solidarity. We should not allow the pandemic to be accompanied by an epidemic of personal and company collapses; we need to go through this period in the best possible shape. And we need to act now. I hope that the people who are now deciding what Slovakia we will wake up to after the forced quarantine sleep will be inspired by good ideas. Of course, health care is paramount; however, a healthy society is only possible if we do not let tens of thousands of people end up on their knees. May we not let them down.