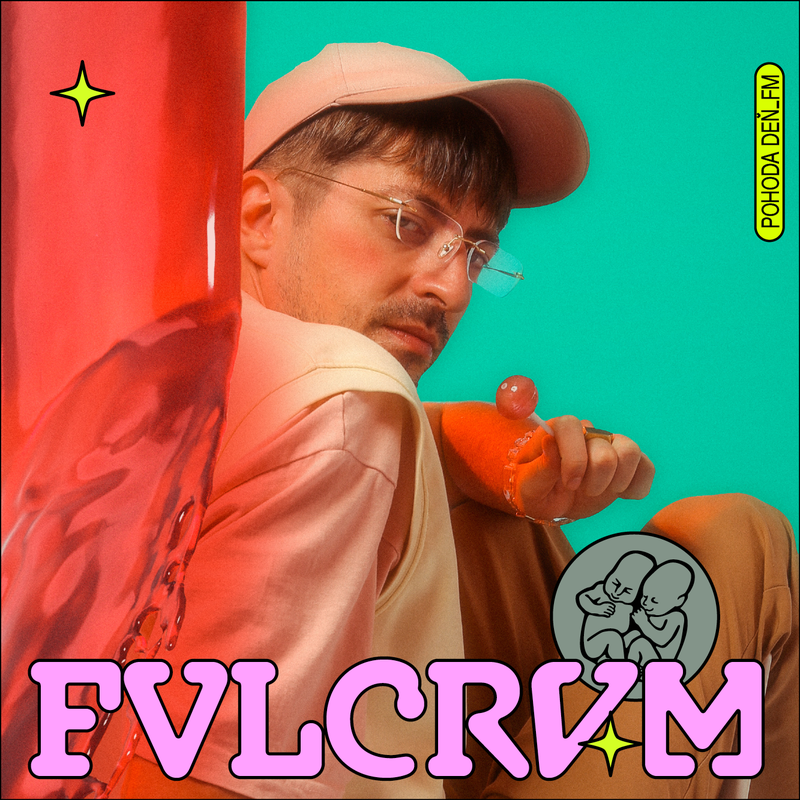 Another name of Pohoda day_FM is FVLCRVM. He intertwines the production of marginal club genres with pop lines using the help of rediscovered sounds of the ‘90s.

His track “Hi!” was ranked No. 1 in the renowned playlist “Fresh Finds” and was included also in the BBC Radio 6 music playlist (played by Mary Anne Hobbs). His other single, “Words”, provided an insight into his version of the dystopian future and has been played more than a million times on Spotify. The track “Words” was also included in the Song Of The Day selection on KEXP, where it was played by DJ Kevin Cole. FVLCRVM’s live performances break down the barriers between a DJ set and a live performance. This was one of the ways he managed to captivate the bookers of the two most important showcase festivals in Europe, the Dutch ESNS and the German Reeperbahn. In the summer of 2020, he released his debut EP Attentioncore, for which he was awarder with Radio_Head Awards (in elektronic music category). In past months he also released more great tracks such as „Come Get Some“, „Do It All Again“, „Wildfire“ and „X-tacy“. More info here: www.pohodafestival.sk/en/news/pohoda-day-fm-again-with-live-audience-after-three-years