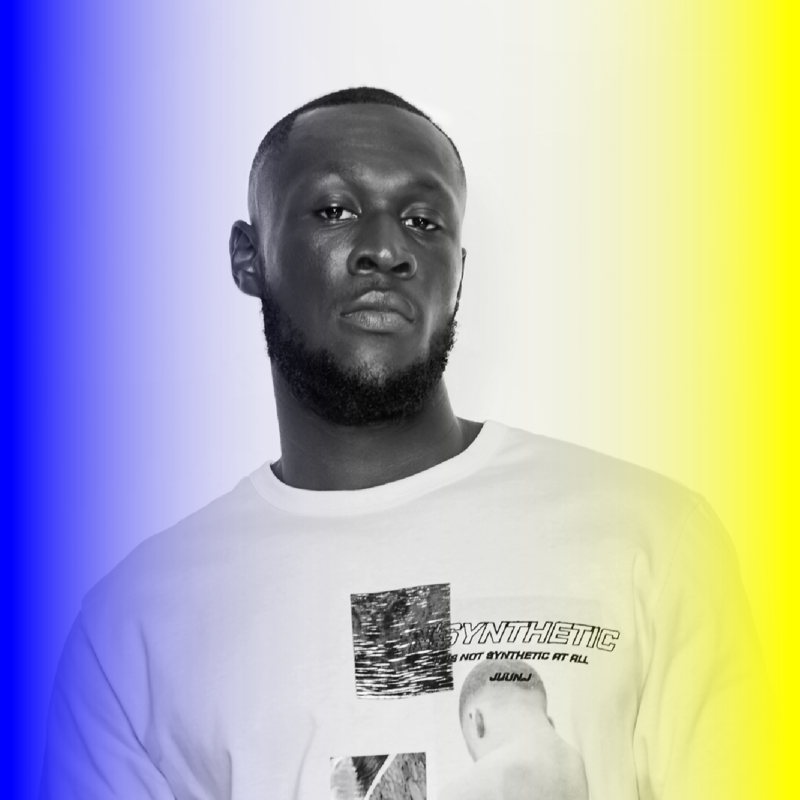 “Iconic.” “It’ll go down in our country’s cultural history.” “An inspiration.” This was how important names praised Stormzy’s appearance at this year’s Glastonbury. Five years ago, he was an unknown author of freestyle videos on Youtube, and today he smiles from the cover of Time magazine headlined as “Leaders of a New Generation”. His album was the first grime release to win the Brit Awards for best album last year and he also won the Singer of the Year category, leaving Ed Sheeran behind. In a half year from now, the first day of Pohoda 2020 will be closed by a fantastic rapper, activist, and voice of the new British generation, Stormzy.

Stormzy is only 26-year-old London MC who has managed to win twice the Brit Awards, has twice been GQ magazine’s artist of the year, has won the BBC Music Awards, the Ivor Novello Awards, the Q Awards, the MTV Europe Music Awards, the BET Awards, the UK Music Video Awards, and many MOBO Awards. It was not so long time ago that only fans of the London grime scene knew this nice guy. Today, his albums feature guests such as Ed Sheeran, he appears on stage with Chris Martin, and Adele and many others praise him on social media.

Stormzy began rapping at the age of 11 and gained attention when he was about twenty with the Wicked Skengman freestyle series. In July 2014, he released EP Dreamers Disease and immediately won the Best Grime Act award at the MOBO Awards. Things went pretty fast after he released “Shut Up” as part of WickedSkengMan 4. It was the first freestyle ever to reach the top 40 of the UK charts. The song was released as a single and was in TOP 10; more than a million copies have been sold up to date. Stormzy then went quiet on social networks just to kick the door on February 24, 2017 with the fantastic debut Gang Signs & Prayer that conquered the UK’s album sales chart, as the first grime artist in history. The album also has another historic lead in Britain: it set British streaming records for the most first-week streams, surpassing the opening week stream count of Drake. The NME described it as “a knockout debut that’s brash and pensive in equal measure”. DIY wrote: “If Skepta’s Konnichiwa was grime’s breakthrough, Gang Signs & Prayer is its blockbuster – an all-encompassing ride through human experience that’ll stand tall for decades.” Several star guests like MNEK, Lily Allen, and Kehlani were featured on the album. The underground genre put Stormzy at the heart of the action.

His work is not only about a fantastic flow and a great production. He observes the society and clearly names its problems. At the same time, he makes full use of his resources and position to become part of the solution. When the Financial Times criticized the University of Cambridge for having no black artists at some faculties, Stormzy offered a scholarship to support minority students at the institution. He had previously helped a British student at Harvard pay for her tuition. Despite the skyrocketing popularity, announcing Stormzy as the headliner at Glastonbury was a slight surprise, as he was the first grime artist and solo black British artist to ever headline this festival. He took on the historic challenge perfectly. He performed a thrilling, tightly choreographed show, incorporating a number of strong messages, criticism of social politics, surprises, and guests, including the Black Ballet dance group and Coldplay singer Chris Martin. He entered the stage wearing a stab-proof Union Jack vest designed by Bansky, to respond this way to the rise of violence (especially knife attacks) on the streets of London. After the concert, both the media and social networks were overflown with odes to his performance. Adele, for example, wrote on her Instagram: “It’s been a joy to watch you unfold at lightning speed with absolute grace. It’s actually crazy what you’ve done in less than 3 years.” The concert was also followed by the editor-in-chief of the Czech magazine Headliner, Honza Vedral, who said: “Stormzy rewrote the rules of Glastonbury. He made rap the most important music in Britain,” and added: “Stormzy is today as important to British music and pop culture as The Beatles and The Clash used to be.”

At the end of April, he released song “Vossi Bop” that became his first number 1 hit and announced the upcoming album. The great song was supported by an equally good video, which was rated as one of the best in 2019 also by Pitchfork. In August, another top chart piece was released with Stormzy acting as a guest in Ed Sheeran’s song “Take Me Back to London”. Sheeran repaid the appearance (along with Burna Boy) in the song “Own it”. It was shortly followed with songs “Crown”, “Sounds of the Skeng”, and “Wiley Flow”, and on December 13, the second album Heavy Is the head was released. Clash magazine described it as the same winning mix of grime bangers and radio friendly singing as at the debut album, but it is better at making sure they work together on the same project. Esquire put the recording at the beginning of their selection of the best albums of the year, and the album has also appeared in the NME, GQ, and The Independent selections. Stormzy showed a huge talent and delivered a thrilling thought-through show at Glastonbury. At the end of the performance, he sang Blinded by Your Grace, where his human side excelled, as he was amazed and enjoying the last minutes of the concert, singing audience, and the performance of the choir and the band on stage. As NME commended, he used his brilliant set as a platform to lift others. We believe that his appearance in Trenčín will further enhance the power of our line-up and the atmosphere of the first day of Pohoda 2020.