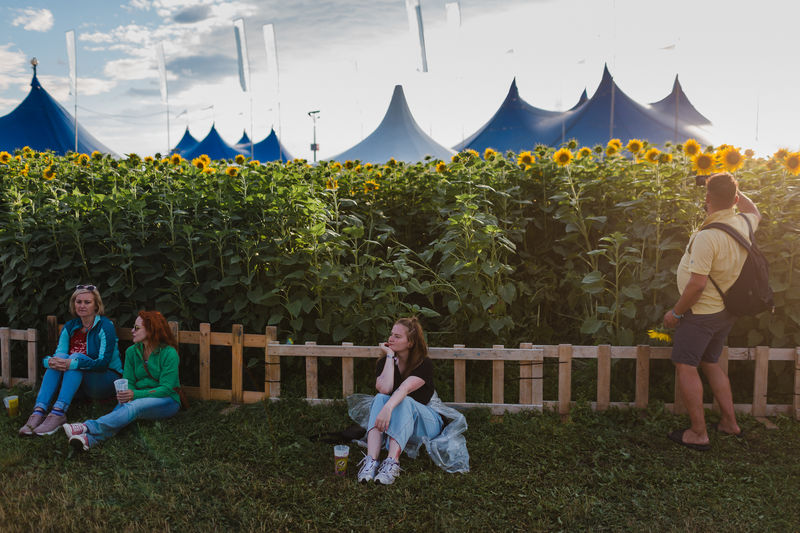 The most precious gift for Pohoda's quarter-century birthday was its visitors. Many showed a great deal of trust in the festival by keeping the tickets bought in 2019. Thousands more joined them, Pohoda was sold out, and together we filled Trenčín airport with an exceptional atmosphere full of joy and togetherness.

The festival held more than 130 concerts, discussions, workshops, performances, readings, and other artistic performances, featuring artists from thirty countries around the world. Australia was represented exceptionally – the profound and magical concert of Nick Cave and The Bad Seeds from the opening day will remain truly legendary, as well as the Saturday wild party of Confidence Man on the main stage. The most emotionally powerful was the concert of the Luhansk Philharmonic Orchestra, but also the concerts celebrating the works of Meky Žbirka and Milan Lasica. The wildest concerts were performed by slowthai, the Brutalismus 3000 project, and Šukovci from Čierny Balog who played even before their official performance, and then next to the stage long after it. The concert Neberte nám princeznú (Don't Take Away Our Princess) with the Superar choir and Todler Punk in the Family park was very charming.

More beautiful concerts were played by British singer Lianne La Havas, Norwegian queer saxophonist Bendik Giske, but also Nina Kohout – local Trenčín artist from Biskupice located right next to the airport. Metronomy and Sigrid delivered an energetic pop show, while Wolf Alice showed us why they are current holders of the Best Group Award from the Brit Awards The festival has an increasingly strong minority genre scene. It was amazing to see the huge interest in the Black Midi band, which was the star of the second open-air stage. Japanese punk girls Otoboke Beaver, Korean k-poppers Balming Tiger, and British techno punk Louisahhh also excited a lot of interest.

The local scene was incredibly well represented. Rappers Gleb, Porsche Boy, and Boy Wonder received a lot of love, and the crowd enjoyed the concerts of legends such as Slobodná Európa, Polemic with Medial Banana, or Chiki liki tu. There were also several album launches – Cellosseum, Drť, and Katka Žbirková with her son David launched the new album of Meky Žbirka. If we had to name the main star of the local scene, it would be FVLCRVM – the way he spectacularly "blasted off" his audiovisual show on the main stage at the end of the festival will go down in festival history as one of the most powerful moments for local music. FVLCRVM can confidently stand as an equal partner to the stars of the world scene, which is good news for all musicians in Slovakia.

The non-musical programme was also fantastic. A memorable event was the phenomenal performance Kontrabas by Martin Huba, but also Martin Pollack in the literary tent or the discussion of Magda Vášáryová and Hanka Lasicová with Braňo Jobus. Canadian collective Crack Cloud created a completely new music-dance show in the Radar venue at the airport, and the new circus with a programme Cabaret Citronato excited a lot of interest.

Once again, Pohoda proved that it is serious about being a celebration of freedom, thanks to which free festivals can exist. Our neighbours are not so lucky, and therefore the war in Ukraine, its impact on the world and the Ukrainian art scene became the main social topic. Several Ukrainian artists performed and various discussions took place. In the center of the venue, there were tents of initiatives Mier Ukrajine (Peace to Ukraine) and Music Saves Ukraine – all the proceeds from returned deposit bottles at the festival will be donated precisely to this initiative. 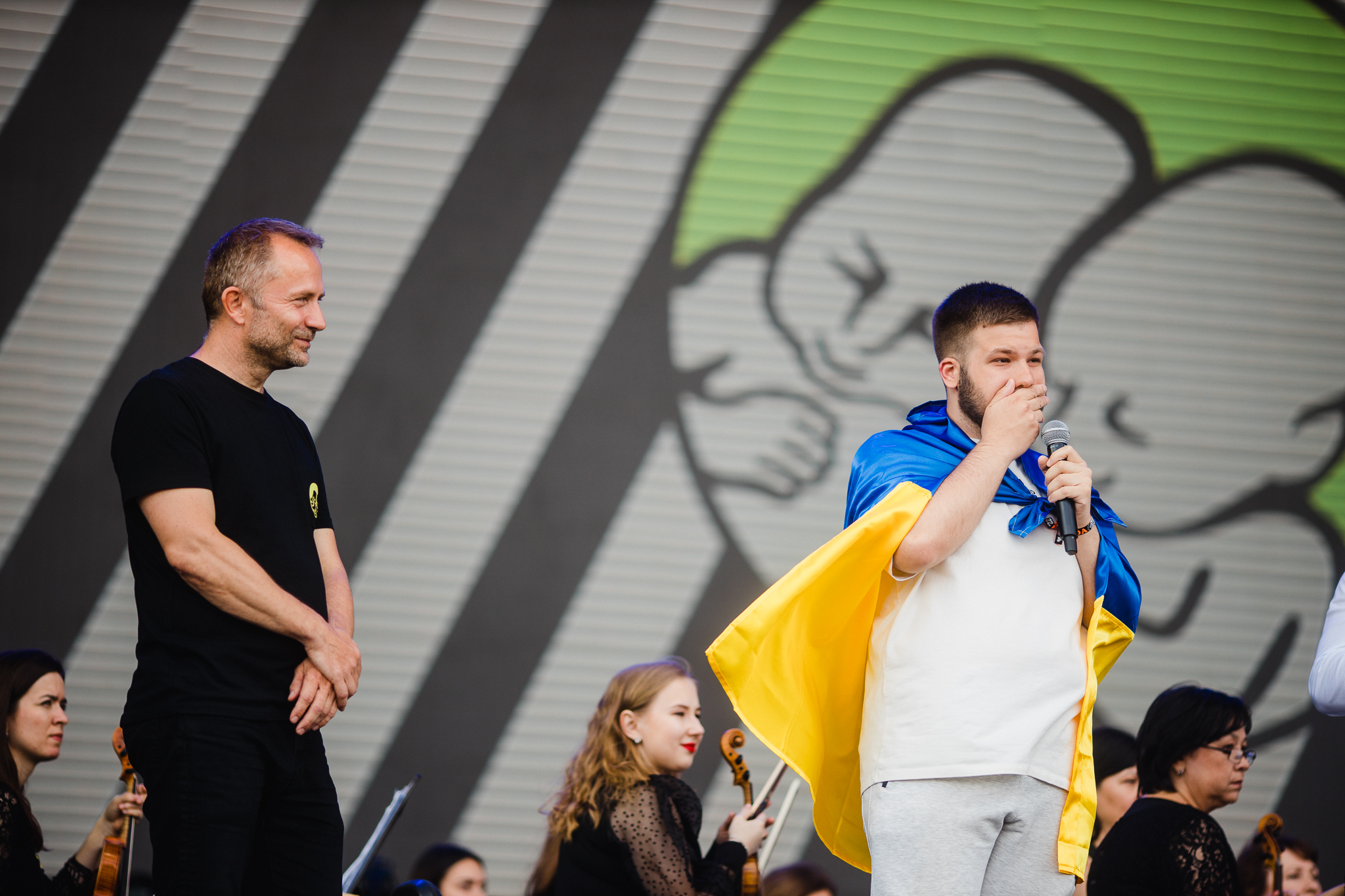 Although Pohoda does not use the world "headliner", this year it was given to the Sphere installation by Juraj Gábor. The festival's entire visual stage was concentrated in it, discussions and performances took place in it, but most importantly it served as a counterpoint to the vault of heaven. Together with sunflowers, it became the most prominent part of the festival's urbanism, which worked flawlessly.

"This was the most emotionally charged and the most logistically difficult year in our history. I am pleased by the atmosphere that our visitors created at the airport. The return of Pohoda was truly dreamy. I am proud of our team. Behind it all are specific people – visitors, suppliers, people from behind the scenes, and artists who all created an amazing community for a few days. I am thankful for this extraordinary meeting, and I look forward to the next ones," said Michal Kaščák about the festival.

The Pohoda team is staying at the airport until the end of the week. Until then, we will try to hand it over to the original inhabitants (earwigs, cockchafers, grasshoppers, bees, and others), in such a condition that they won't trip over a single cigarette butt. We are gradually receiving excited emails from artists, tour managers and agents, or messages and social media posts from you – our best visitors. Thanks to you, Pohoda 2022 was the best celebration of 25 years that we could ever imagine. We believe the next Pohoda will be once again on-site and on schedule. We look forward to seeing you on 6 - 8 July 2023.