Ode to the Slovak music in Europe

"Those good Slovaks really do cause the biggest hype in the ESNS 2019 line-up," wrote the editor of the Dutch music website OOR, Koen Poolman, in advance of the biggest European showcase festival. DIY, Vice, Noise, German Rolling Stone and many Dutch and Belgian media also brought celebratory reviews of our artists. Beyond the borders of the Czech Republic and Slovakia, almost 100 articles about our artists and bands regarding Eurosonic have been published across Europe up till now. Odes to several of them prove that they did a fantastic job and they’re also a promise that the Czech and Slovak scene will be heard of abroad more and more often.

Katarina Málikova and her dream pop with a lot of flavours was praised by the German Rolling Stone and the Italian portal Euromusica mentioned her in their selection, too. Vice interviewed Tittingur briefly. However, The Ills were probably the most-talked-about-band. As Will Richard from DIY wrote: "The post-rock four-piece meld together winding guitar-lines with a threatening force and, judging by the queue snaking out of the door to their set, they’re doing something very right indeed." Matthieu van Steenkiste from the Belgian Enola writes: "Shoegaze, progressive, real post-rock and experimental pieces that are combined into surprising and fascinating results." Another Belgian website & magazine, Focus Knack, described them as post-rock for Pukkelpop's attenders: "Their confident performance overcame all clichés and showed extraordinary versatility: from mathrock of the young Battles, the Squarepusher’s minimalist attack, the cubist funk to metal... all of this was there. We can assure you. Book them for Pukkelpop and people will be amazed." The German website Visions.de put them at the beginning of the pre-Eurosonic selection, and the band also got to the German radio station 1LIVE broadcast, which is part of the state-owned WDR.

Focus Knack also watched Our Stories performance: "From the first note, through dynamics and close interaction, you felt that you had the honour of being in the presence of strong musicians. Transparent, epic compositions, unexpected changes in tempo, contrast between lyrical passages and energetic explosions of noise... all of this sounded cool and convincing.”The same website praised Autumnist, too: "In Groningen they combined grainy breakbeats with nice visuals and introduced us several singing guests, led by Nina Kohoutová. Fans of Lamb or Massive Attack were sure to love songs such as their "Feather", "Future Lights" and "Evening Falls on Mars". There is no logical reason to think why Autumnist would not be right for your club."Even before the festival itself, the Clash magazine put Isama Zing in their selection, saying: "His post-industrial soundscapes are shot through with joyful melodies and bursts of euphoria, like a more playful Aphex Twin." Jonatán aka Isama Zing, did a more complex interview with the German magazine Kulturnews about his music and Bratislava as a music city. 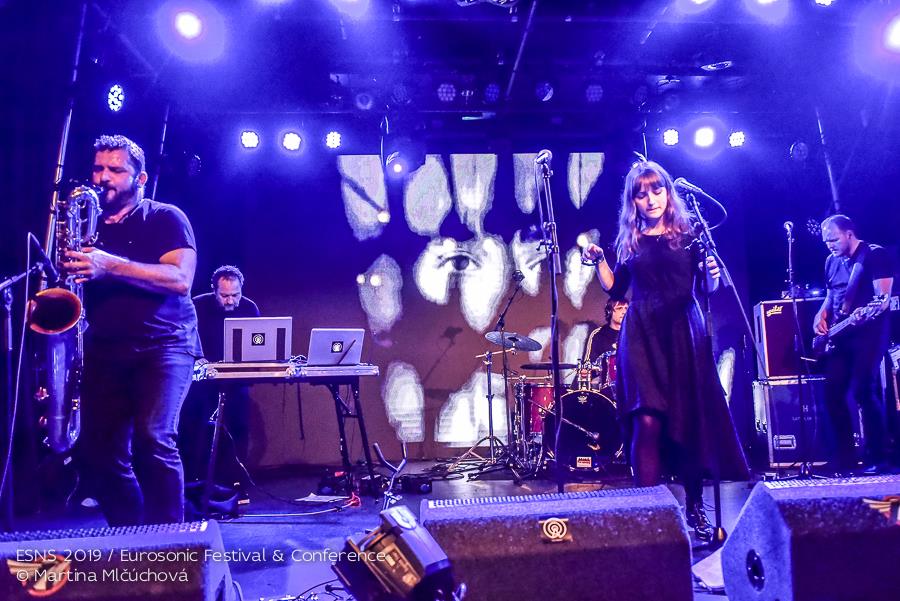 DIY appreciated the concerts of our instrumental post-rock bands in the Garage: "This year, it’s the turn of our neighbours from the Czech Republic and Slovakia, of which Slovakia is hosting some acts during the early evening in a tiny shipping container (Garage, editor’s note). Expansive instrumental rock is the order of the day, with first three-piece Our Stories blending intricate introspection with some rather large riffs, and Möbius, who take things in an altogether heavier, doom-laden direction."The Dutch OOR referred their readers to Möbius and their headbang in the super-slowmotion. The editor Koen Poolman recommended Our Stories, Tittingur, and Isama Zing in the ESNS 2019 preview. OOR appreciated the "extremely inflammable sound sceneries suitable for the apocalypse"by Our Stories, with the remark that their music is absent from singing and added that it’s actually an advantage if you come from the city of Šaľa (without any offense). The same editor said about Tittingur that he pictures them driving in an old Russian T34 tank equipped with speakers reaching far beyond the Czech borders and that someone should book them for Roadburn and Le Guess Who? right now. The same editor praised Isama Zing for Radio 1, who, according to him, brings tough electronics with striking beats.

Thisnis, together with generally bigger emphasis on avant-garde music at the ESNS 2019, was appreciated by the Dutch website DVHN: "The sound laboratory around the composer and saxophonist Miroslav Tóth would definitely not be lost at the incredible Soundofmusic festival. So, information for everybody with adventurous ears: 23.45, Grand Theater UP.” The same website praised The Ills and the enthusiasm with which the quartet performs their songs. The Dutch radio 3voor12 asked directly Michal Kaščák about Nvmeri, B-complex and Manon Meurt, who commented on them in superlatives together with the presenter, listening to samples of their work. The debate also shifted to Pohoda itself and the amount of freedom in the past and present Czech Republic and Slovakia. The same radio prepared a playlist with the selection of ESNS 2019 artists, including several names from the Czech Republic and Slovakia. The Dutch Noisey described Nvmeri as a more entertaining version of Jamiroquai. B-complex was also mentioned by thenextgig.nl website. Matia stated for them: "We’re traveling to the Netherlands by buses full of talented Slovak people, and I hope we can convince you that the Eastern block is better-different from what you read in the newspaper."In a large article for Thenextgig.nl, Matia promoted her colleagues as well, when asked – What can we expect from the Slovaks at Eurosonic? – she answered briefly, and according to the editors, with a hefty dose of enthusiasm: "Everything!". 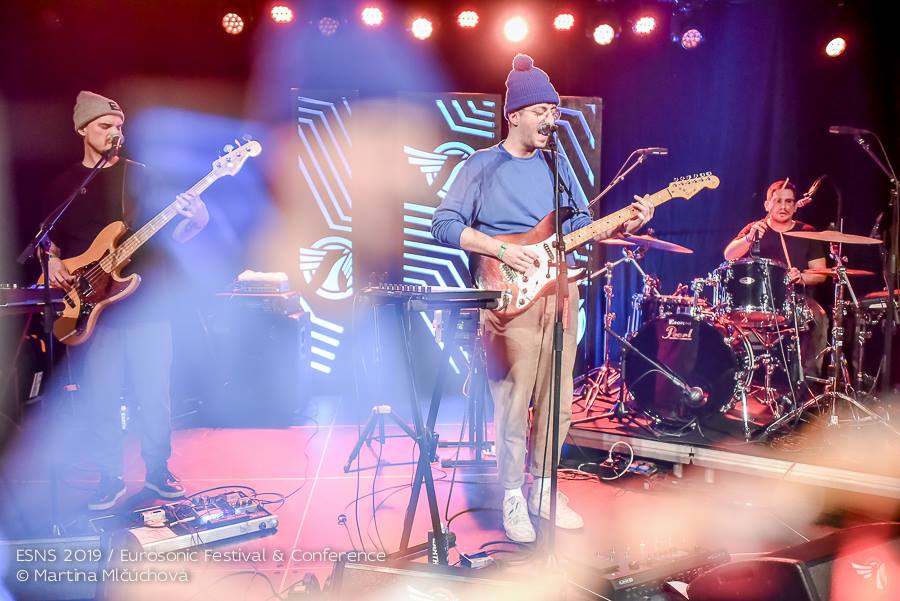 All Things Loud released a report on Slovak bands already in December. According to the website, when it comes to Autumnist, there’s a surprise awaiting at every corner. Tittingurwas described as likely to be one of the festival’s most absurd, but also one of the most unmissable sets. The website says that Our Stories offer a beautiful sonic combination which is worth every moment of your time. They also included The Ills in the must-see category, and mentioned their excellent premiere at ESNS 2017, as well as media coverage by KEXP, NPR and BBC. They said about B-complex she destroys the idea that there’s no space and flexibility in drum&bass. The website Europavox wrote about the journey of the Czech and Slovak scene from the times of communism up to the focus on music from our countries at the largest showcase festival in Europe. In the first "post-eurosonic" newsletter, The Ills were, yet again, called “the band of the week”, and were described with the following words: “My choice must be the post-rock beasts The Ills. The four-piece band from Bratislava makes an irresistible instrumental soundtrack. If you need any further evidence, just listen how they play the song 4:17 live." The installations were not left behind either. Garage, Niemand by Viktor Frešo or Grandstand by Ilona Németh were mentioned in an article by Duthreview.com. The selection from the articles is gradually added to www.czskfocus.com, which, even after the end of ESNS 2019, serves as a source of information on the CZSK focus for music professionals and enthusiasts from all around the world. 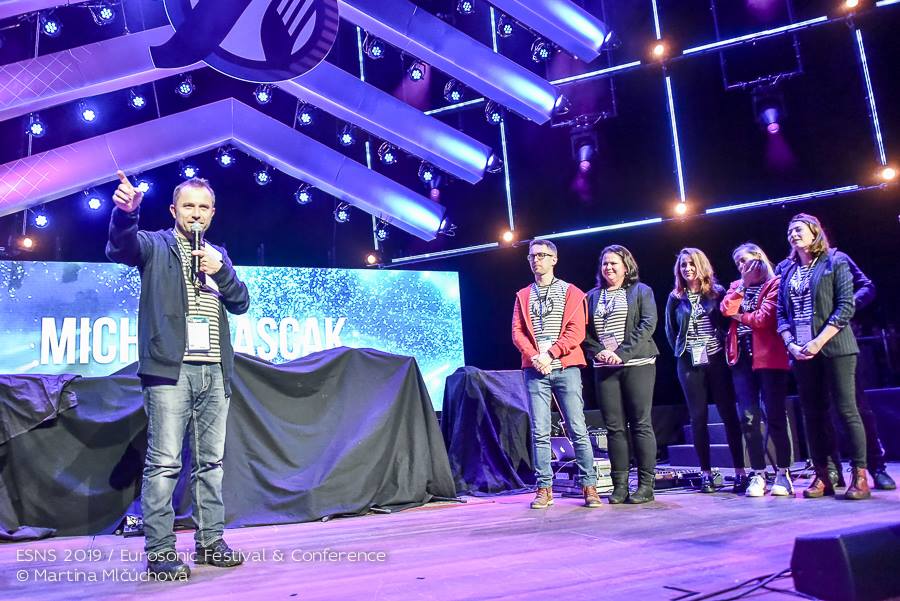