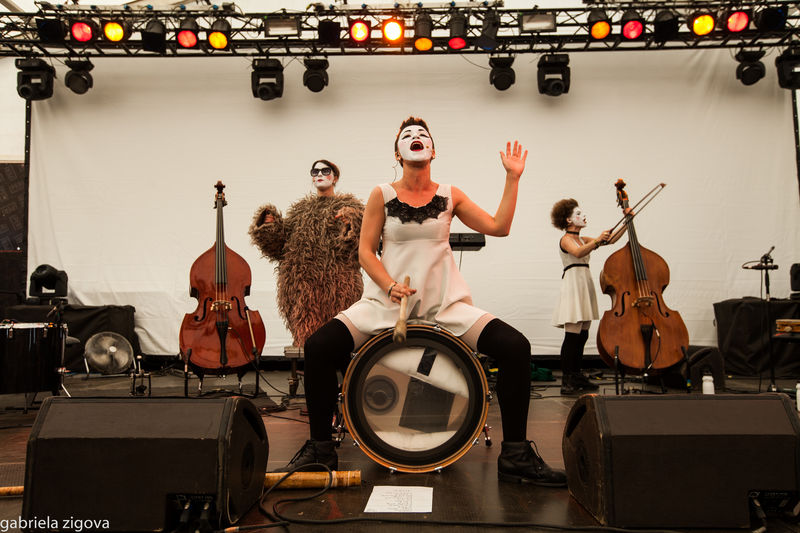 Now, every penny truly counts on the Ukrainian scene, every euro on the account of Ukrainian musicians will help deal with the consequences of the war waged by the Putin regime. I have always been against music quota on radios. However, positive discrimination makes sense if it is to help those who really need it. The reasons may vary, one of them being social exclusion. The Slovak scene is in a shape that does not require any similar support mechanisms. We do not suffer somewhere on the margins, there are no obstacles for which we would need an active administrative intervention from the state that would bind private companies to its fulfilment. I am familiar with the points of people who defend quota. Yet I do not consider any of them relevant and such that would improve our music scene. I marvel at the hurt attitude of our musicians complaining about too much foreign music in the media.

It amazes me that the whole debate circles around Slovak music, yet I have not come across a proposal that such quota should obligatorily include songs of other nations living in Slovakia, such as Roma, Hungarian, Ruthenian, Czech, or Jewish. The Hungarian and Roma communities each make up almost 10 per cent of our population, but when was the last time you heard a Hungarian or Roma song on a usual radio broadcast? If quota also included this dimension, there would be at least something positive about it.

Despite the above, in the current situation, I advocate for the introduction of quota for music—Ukrainian music. Why? Ukraine has been attacked, is at war, in a tragic situation, and its artists are also in need. The Ukrainian music scene hides many treasures we do not know because we suffer from blindness to scenes of our neighbouring countries, and especially to the one to the east of the country. The Ukrainian or Russian, Tatar, and Ruthenian languages in songs from Ukraine on the air of our radios will help create a closer relationship with people from this country. We already have a lot of fugitives in Slovakia and they are grateful for any support. What strong a symbol would it be if once in an hour (two, twelve, once a day) they heard a song from Ukrainian artists on the radio in Slovakia? Everyone would gain from it—we would have more interesting productions on the radio, more discovery, more rapprochement, and a better relationship of people fleeing the war to Slovakia. There will be no concerts in Ukraine anytime soon, not even in limited capacity. There are no works being composed for films, theatres, commercials, and artists had to exchange guitars for weapons. Now, every penny truly counts on the Ukrainian scene, every euro on the account of Ukrainian musicians will help deal with the consequences of the war waged by the Putin regime. In the case of the Ukrainian scene, everything, that we declare the reasons for introducing quota on Slovak music, is valid. This support would not cost anyone a penny, yet, at the same time, it is of an obvious emotional and economic significance. That is why I am in favour of quota for Ukrainian music on our radios. Voluntary and as high as possible.

Of course, we do not have to stop with the radio or television. There are festivals, clubs, cultural centres. Those who did not have to enter the forces need to play, create, and meet up. And, of course, we do not have to stop with artists. Let us bring people from Ukraine into our teams—even in the tiniest measure possible. Across all our society. Let us help those, who have the desire and strength to work, find a dignified place in Slovakia. I believe that such steps can also support the struggle for Ukraine’s freedom and may aid many in their return home later on. I very much wish for it to happen very soon.

The article was published in Denník N.