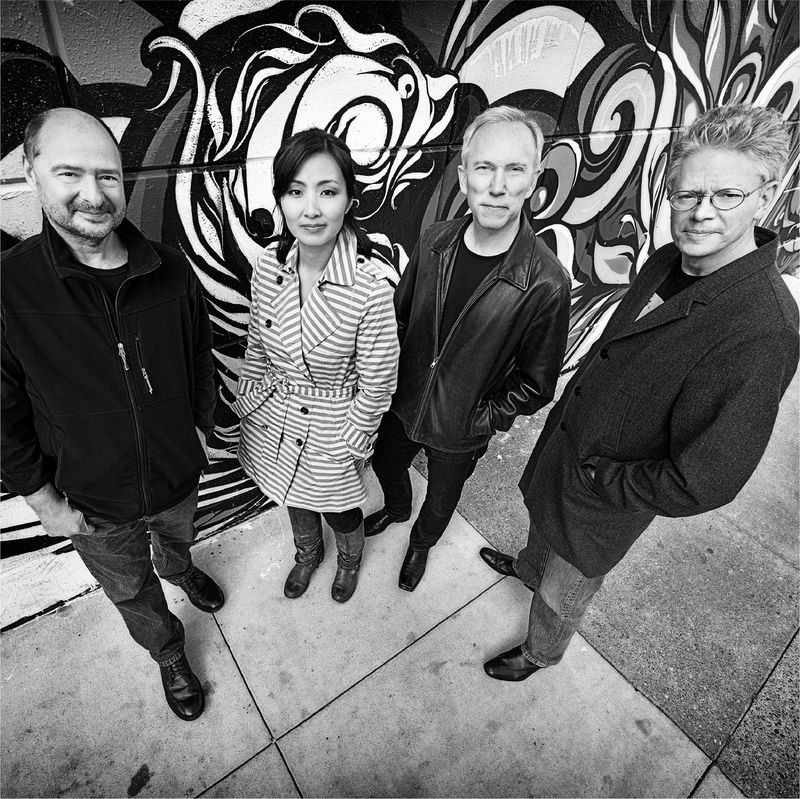 Trenčín, Vancouver, Sydney, San Francisco, Tel Aviv, Kabul, Athens, Ghent, La Junta… This is what a short list of cities from which Pohoda Festival will be organizing a unique online event named “Pohoda in the Air” in three weeks looks like so far. We are going to welcome the sun during the sundown in San Francisco together with Kronos Quartet. DonnyBenét will be playing his new album Mr. Experience from Australia. The Canadians Crack Cloud have a debut album as well as a special audiovisual performance created for Pohoda in store for us. Shht from Belgium will be playing their space rock for the new generation and Bazzookas will be performing from their bus again. Pohoda in the Air viewers will also have a chance to see amazing female artists such as Space Lady from Colorado, Marina Satti & Fonés from Greece and Iranian-Israeli singer and actress Liraz.

Lucia Kašová’s documentary Orchester z krajiny ticha (Orchestra from the Land of Silence) depicting the first Afghan women’s orchestra ZOHRA will see its preview on Thursday, July 9. Apart from the names mentioned above, you can look forward to approximately 50 other concerts and performances including literature, discussions and visual arts. With the support from festival’s partners, Pohoda is offering this program to its visitors for free in the form of an extraordinary live stream on its website, Facebook fan page and YouTube channel from 9 to 12 July 2020.

An inseparable part of the Pohoda festival is the morning welcoming the Sun, and this will be done also at Pohoda in the Air. A big change, however, will be that viewers will not see the sun rising over the Trenčín Castle at five in the morning: they will see it setting over the Pacific Ocean. It is because the slot will go to perhaps the most famous string quartet from San Francisco—the Kronos Quartet. These top musicians have collaborated with musicians and composers such as David Bowie, Paul McCartney, Laurie Anderson, Terry Riley, Rhiannon Giddens, Arvo Pärt, Wu Man, Philip Glass, Tanya Tagaq, John Adams, Henryk Górecki, and Steve Reich. You could savour their art also in films Requiem for a Dream, Fountain, 21 Grams, and The Great Beauty. Kronos Quartet performed also at Pohoda 2018, where, among other pieces, they premiered a composition by Miroslav Tóth dedicated to the memory of J. Kuciak and M. Kušnírová entitled The Quartet of Tentacles Reaching Out.

He performed alone at his premiere in Slovakia in 2018; he was accompanied on a sax by his brother Dan at the subsequent sold-out autumn tour, and last year, he played at Pohoda with the whole band as part of the European premiere of The Donny Benét Show Band. Donny will connect with Slovak fans this summer, too, yet this time he will prepare a set from his Australian studio, which will feature songs from his new album Mr. Experience. NME highlights his ability to restore the music of 1980s to a modern yet classic form. The magazine said his “post-disco party guilty pleasure” of the last decade is music made for late-night dancing under the influence, hoping that no one else is watching.

This brilliant singer, actress, and producer (Berkley graduate) has music hits with tens of millions of views on YouTube. NPR, Vice, and Huffington Post all agree that Marina Satti's work represents the optimism and hope of the young generation in Greece and around the world. She has collaborated with artists such as Bobby McFerrin, Paco de Lucia, Wayne Shorter, Danilo Perez, Nikos Mamangakis and many others.

In her music project, the Iranian-Israeli singer, dancer, songwriter, and actress Liraz combines the modern sounds and beats of Los Angeles and Tel Aviv with the ethnic flavours of her Persian/Tehran roots. In November, she released the song Zan Bezan, which is her personal call for gender equality. This pulsating electro-pop song is a tasting sample of her second album, and the audience of Pohoda in the Air will hear a few more pieces of it.

The Canadian art collective Crack Cloud will prepare an audiovisual work created especially for the Pohoda in the Air festival. The Guardian said they sound like a mix of Gang of Four with Fela Kuti and hip-hop, with their work acting as a survival mechanism (or, if you like, literally rehab) for their members and their fans. This is an allusion to the fact that the collective was founded by artists from the community of social workers dedicated to harm reduction in the infamous Vancouver Downtown Eastside. Just recently they released “Ouster Stew” from the upcoming debut Pain Olympics, which will go public public on July 17, 2020. A small sample of it will probably be offered to the spectators of the online festival Pohoda in the Air just a few days before the release.

According to their own words, the band Shht from Ghent, Belgium, is based on synthetic bass lines delivered by a noise-band with chemical ideas by a singer, mentally and physically hanging from the ceiling. At the end of 2018 they released their debut Love Love Love. Each word "Love" in the title of the album represents a different connotation of this concept - in the process from the trivial word love on social networks, through a strongly positive relationship between close ones to the most intimate version of love between lovers.

Pohoda in the Air will also have the living outsider music legend, The Space Lady. The Guardian has included her album The Space Lady's Greatest Hits in the list of 101 strangest records on Spotify and NME listed it in the selection of 101 101 albums to hear before you die. The Space Lady was discovered for us by our graphic designer and curator Tereza Maco, who said about her booking: “The Space Lady should become a guilty pleasure of every Earthling, as she has long ruled the space mainstream with her warmth and battery-powered Casio keyboards”.

Pohoda in the Air will also welcome heart-opening, great musicians and entertainers Bazzookas. The crew that doesn't care if they are playing on a big stage, on a bus, in a shelter for the homeless, or online from the Netherlands. They always offer the contagious joy of playing and an incredible energy.