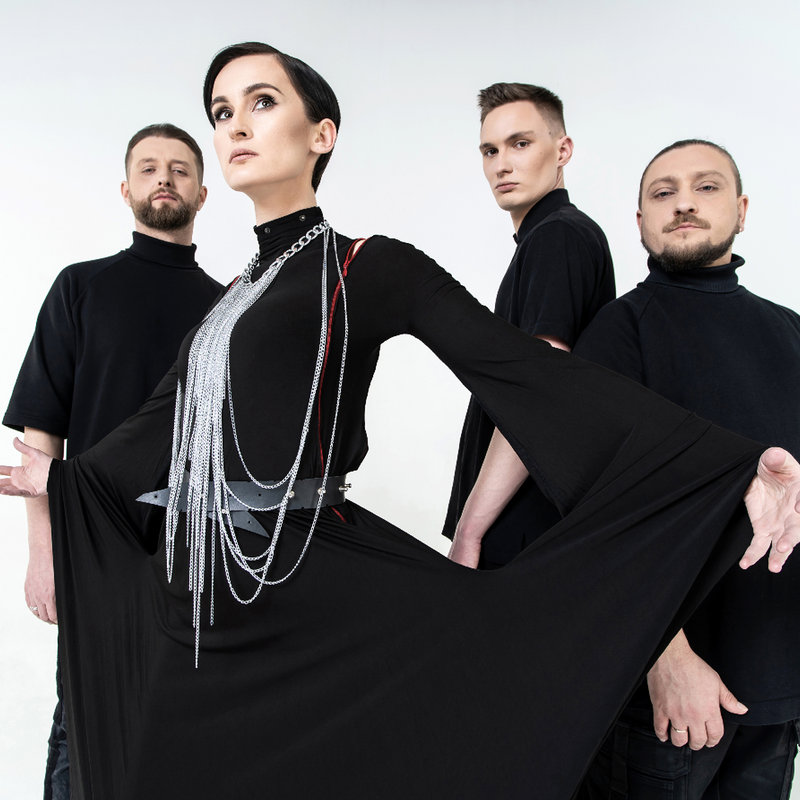 Another confirmed name from our eastern neighbours is the electro-folk phenomenon GO_A. One of the most popular Ukrainian bands today combines authentic Ukrainian vocals, modern electronic dance beats, African percussion, and guitar drive. Their name could be loosely translated as “Back to the roots”, which is mainly due to the specific white voice singing of the singer Kateryna. Formed in 2012, they won the award for the best Ukrainian song of the year in 2015 for the song "Vesnianka". A year later, they released their debut Іди на звук (Follow the Tune). We were last captivated by them in the recent TV marathon Music Saves Ukraine, and by the way, we also support this initiative with our activities at Pohoda. During the war, they released a song called Kalyna (refers to the bush that is the national symbol of Ukraine), and all the money earned by streaming this song goes to support Ukraine. You will be able to see their concert thanks to our participation ESNS exchange program.

The band Go_A was founded in 2012 by producer Taras Shevchenko and ethno-singer Kateryna Pavlenko. When experimenting with Ukrainian folk songs, they found that the connection to electronic music worked great, creating a good mix of emotions and energy.Go_A is making a modern reinterpretation of Ukrainian, retelling traditional Ukrainian stories that have been passed down through generations. The group’s singer Kateryna even uses the ancient Eastern European folklore technique of white voice, which is based on an open throat and free volume. It brought Go_A the 5th place according to the overall results and the 2nd place according to the televoting. It is the first time in the history of the Eurovision Song Contest that Ukraine has submitted a song entirely in the Ukrainian language. “SHUM” became a worldwide trend in Spotify hitting the top of most European charts, became #2 in Spotify VIral USA & #1 in Spotify Viral Worldwide. “SHUM” also became the 1st Ukrainian song ever to hit the Billboard Top 200 chart.