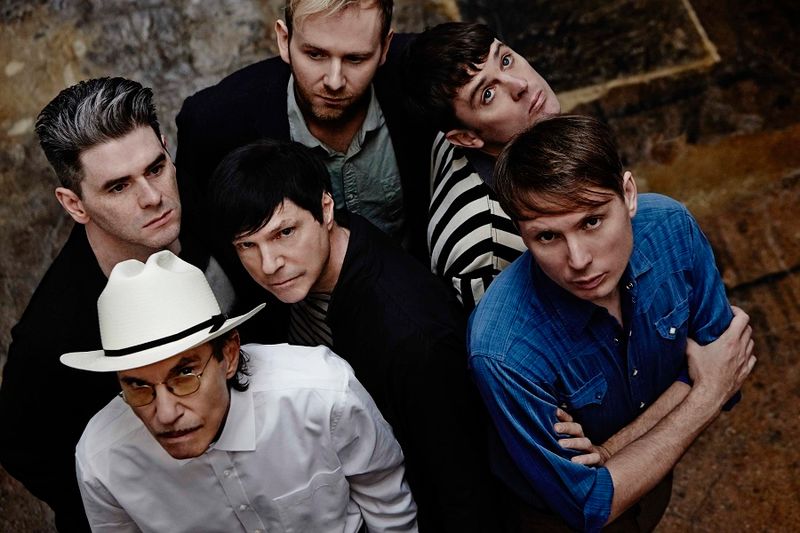 Bands Franz Ferdinand and Sparks met 8 years ago in Los Angeles. But the turning point for them was 2013 when they got together at Coachella Festival, California.

“Musical love at first sight” wasn’t just about polite backstage talks a la “we should make a song together.” The bands actually started exchanging ideas and soon they had 6 songs on the table. This was point of no return... The idea of “let’s make a song” turned into album making and European tour planning.

Their collab album is produced by John Congleton (St. Vincent, R. Kelly, The Roots, Anna Calvi, etc.). According to Spark’s Ron Mael (keyboards), his brother Russell and Alex Kapranos’ (Franz Ferdinand) “voices are very distinctive, so you notice the trade-off between them straight away.” The same goes for the way the styles of these bands merge together. Kapranos admits that his music was significantly influenced by Sparks’ album from 1994 – Gratuitous Sax & Violins.

Bands in a nutshell

Franz Ferdinand have 2 Brit Awards as well as other prizes such as MTV Awards, NME Awards and Mercury Prize under their belt. Their songs “Take Me Out”, “Ulysses”, No You Girls”, “Matinée”, Do You Want To”, “Walk Away” and many more defined the music of the 2000s. According to NME, thanks to their debut, they joined the ranks of prestigious UK bands such as The Beatles, The Who, Travis or Blur.

At the opposite side of the Atlantic, but thirty years earlier, Mael brothers started their career as Sparks playing something between glam rock and synthpop. The band rose to fame thanks to songs “This Town Ain’t Big Enough for Both of Us” and “The Number One Song in Heaven.” They have recorded 22 studio albums to date and during the four-decade period, their music has influenced artists from Paul McCartney through Duran Duran to Arcade Fire or MGMT.

Alex Kapranos sang with Sparks their song “When Do I Get to Sing ‘My Way’” on Valentine’s Day in Los Angeles. Their amazing collaboration caught LA Times’ attention as well. Original collab project of bands is a promise of a real treat taken to a whole new level. What will the combination of synth-rock of the 70s and indie-rock of new millennium bring? Bažant Pohoda festival-goers will be among the first to find out.