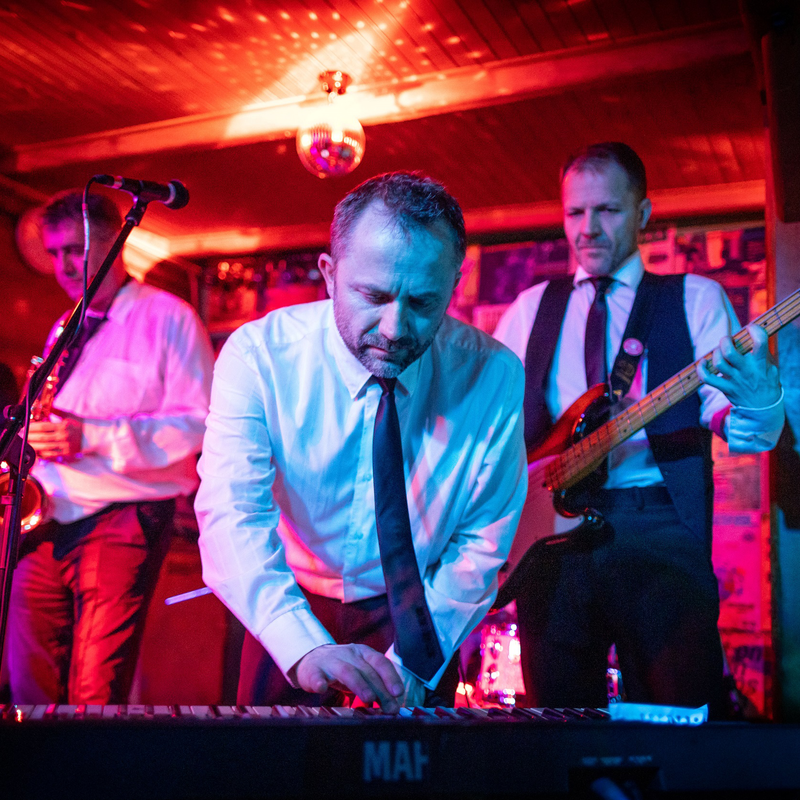 The band Bez ladu a skladu is going on an autumn tour. From October 9 to December 4, they will perform 19 concerts, mostly in small clubs in 17 cities in Czechia and Slovakia. The almost two-hour concerts will feature also several songs that were last played live more than 25 years ago, such as “Xmetov” and “Sociologický prieskum”. The concerts will be preceded by screenings of their performance at the Dotyky a spojenia festival in 1987.

FOTO: Tomáš Benedikovič (Denník N)
Bez ladu a skladu formed in 1985. Only a year later, they played a concert at Prague's Rockfest 86; following that, they mainly appeared at Czech alternative clubs and festivals. Memorable concerts before 1989 were, for example, the one at the festival in Lipnice 88 after Václav Havel's speech and those at Slovak festivals Čertovo kolo 87 and 88 (which turned to be a kind of an early sign of multimedia festivals that would begin to emerge in the 1990s).

Tickets are available for purchase through the sales channels of individual clubs.