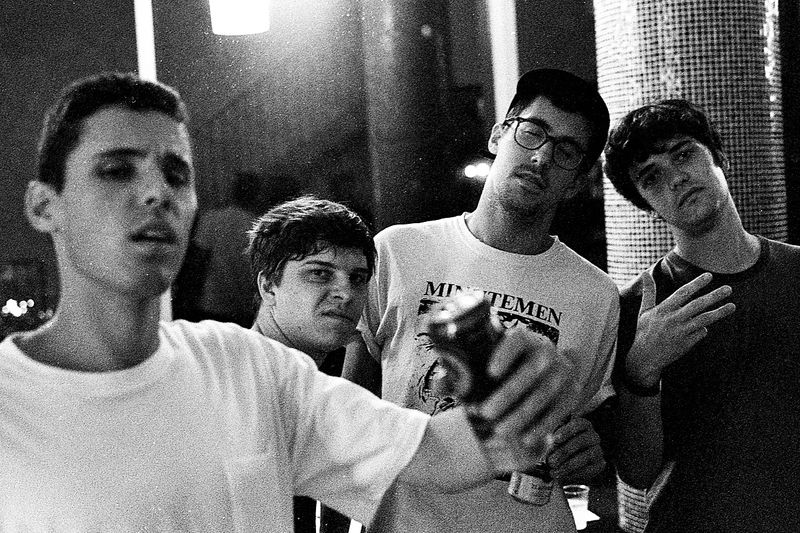 Canadian band BadBadNotGood combines instrumental hip-hop with jazz improvisation. Their covers of hip-hop hits got viral which soon resulted in collabs with the biggest names of the genre such as Kendrick Lamar, Tyler, The Creator, Earl Sweatshirt or Danny Brown. At the beginning of July, visitors at the 22nd edition of Pohoda Festival can see for themselves how good this band is.

Matthew Tavares, Alexander Sowinski and Chester Hansen met in 2010 through the Humber College jazz program in Toronto. As a trio, they started out with hip-hop covers of hits by Gucci Mane or A Tribe Called Quest. Soon, they released their debut BBNG, which Sputnikmusic describes as “a welcome reinterpretation of modern jazz without the pretense of snotty wine parties.” In April 2012, they released album BBNG2 which features Leland Whitty on saxophone who joined the band as a fourth permanent member in 2016. The album has original music and also features covers of songs by Kanye West, My Bloody Valentine, James Blake or Feist. The band also contributed to production of soundtrack for movie The Man with the Iron Fists. In May 2014, they released their first album featuring solely their original material named III. In less than nine months, they released their fourth album Sour Soul. Unlike their earlier works, it is more of a heavy hip-hop album (all songs feature rapper Ghostface Killah). The exceptionally productive band continued in style “one album per year” and in July 2016 released album IV. The album features guest contributions including artists Pohoda visitors are familiar with: Samuel T. Herring of Future Islands, Kaytranada or Mick Jenkins. BBC 6 named it “Number One Album of the Year”. Prefix magazine describes them as “a jazz band on paper — but often strange, forever imaginative, and ultimately revolutionary hip-hop and electronic beatmakers at heart”. Skinny Magazine gave their outstanding mix of hip-hop, R&B, ballads and salon atmosphere five out of five stars and adds: “BBNG are showing off even on the record’s cover – but they’ve more than earned the right.”