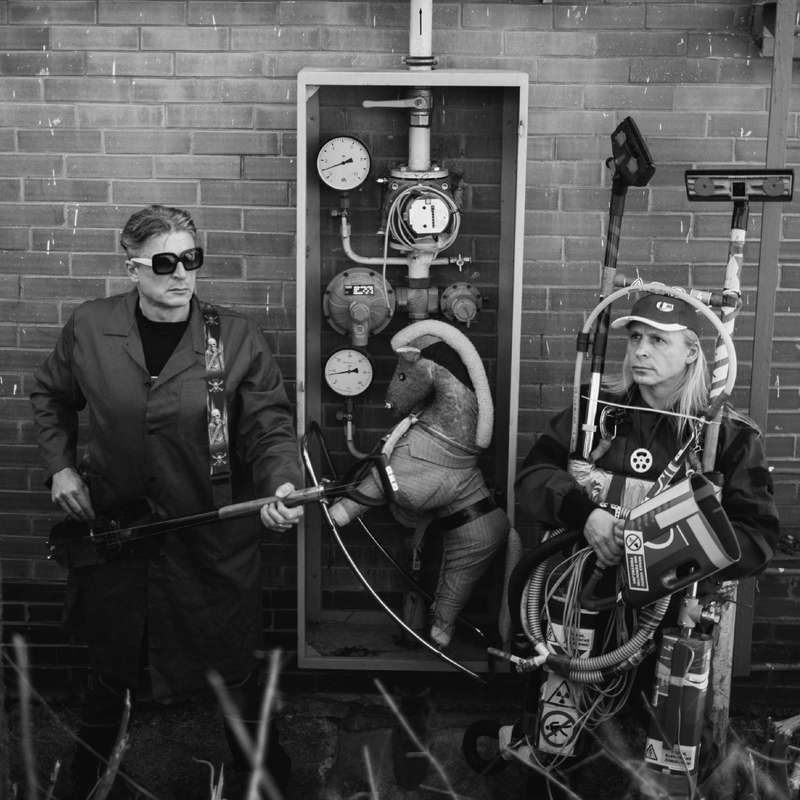 The music-work band Vrbovskí víťazi was founded in 2000 by the Jobus brothers. Typical of the band is the use of non-standard, mostly wind instruments (with even more non-standard names such as VVujary, Hajzel, Ropovod Družba, Výtrub, and Jreg), which are made of waste, fittings, or discarded vacuum cleaners... Their universal workers' industrial folklore celebrates their work in standard Vrbove dialect. On the Trenčín main square, the band will perform their songs with the Chamber Orchestra of the City of Trenčín with arrangements by Slavo Solovic (who is also behind the projects Korben Dallas Symphony, Longital Suite, and Sendreiovi Le Orchestroha). He said about the this project: “If you haven't played with an orchestra yet, please report to Comrade Žinčica. Today, when society-wide efforts for equality culminate, it is striking that the genre of industrial folklore has gone unnoticed and has never been performed with an orchestra! We will try to rectify this and create a path for this genre from oil assembly halls and workshops to shiny concert halls and the Philharmonic, which are still occupied by the privileged, so-called classical music. Especially in these progressive times, when the celebration of work, which is the main theme addressed in industrial folklore, is gaining relevance again.”

The Chamber Orchestra of the City of Trenčín celebrates its 30th anniversary this year. Under the direction of concert master Robert Zemene, a new generation of musicians is joining the members of the original line-up. Trenčín Chamber Orchestra interprets mostly older music of the Baroque period. In 30 years of its existence, they have given a number of concerts in Slovak towns and abroad (Sweden, France, Switzerland...).  The orchestra has also had a number of less traditional forms of cooperation, such as the one with the GUnaGU theatre, when they cooperated on V. Klimáčekʼs musical "Láska", the one with the wind orchestra L'Union Musicale de Cran-Gevrier at rock concerts, or the cooperation on a Jewish songs project...