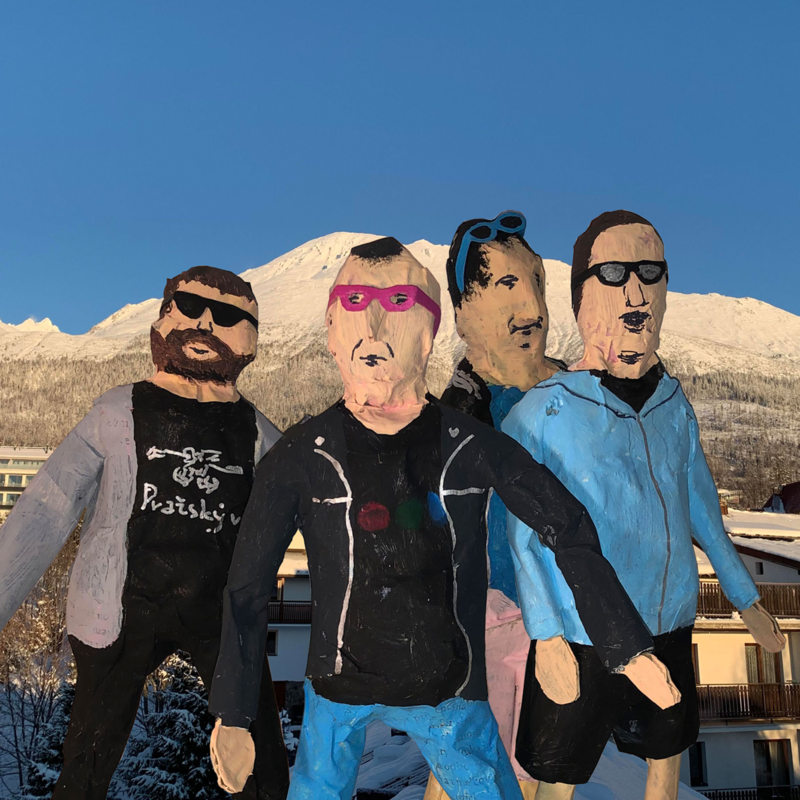 The band was formed in 2011, four years later they released their debut Bozkávam (2015), which brought them the Radio_Head Awards for the debut of the year and also the critics’ award. It was followed by Tretí album (2017) and at the end of June 2021 they released LOM produced by Marek Babušiak and Erik Losos Horák, the latter being also a permanent concert member of Saténové ruky. LOM received two nominations at the 2021 Radio_Head Awards, where the band gave a special performance—a protest song Ruky proti rusizmu, in which they condemned the Russian aggression in Ukraine.