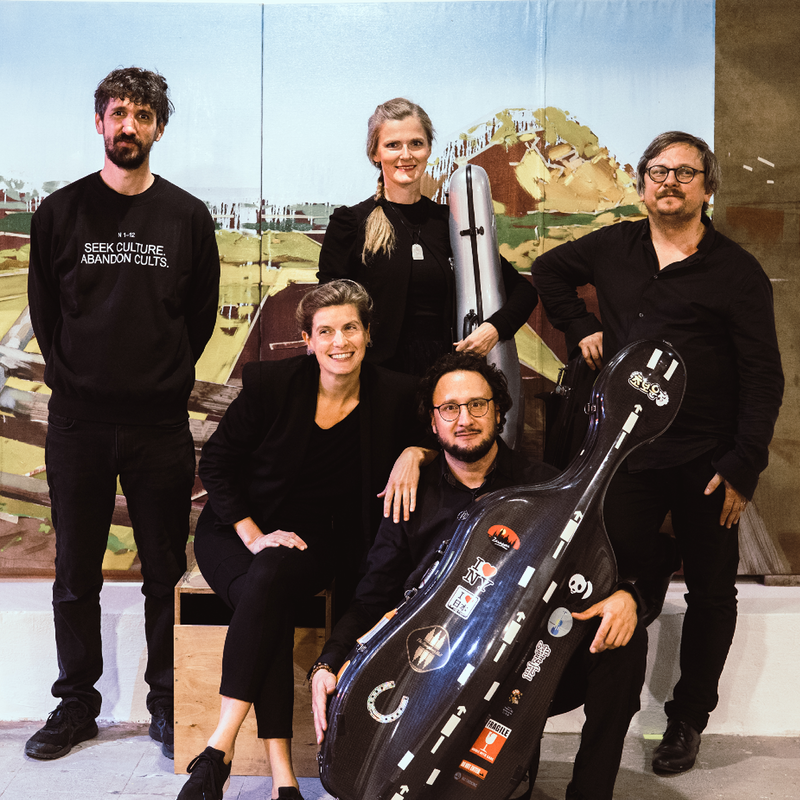 The project was inspired by one of the most iconic quartet compositions of the 20th century, Black Angels by Georg Crumb. While George Crumb tried to deal with the frustration of the Vietnam War through his work in the late 1960s, Miroslav Tóth reflected in it the theme of the undealt-with post-war past in our country. Unfortunately, it keeps hovering gloomily above us. The war-period Slovak State took part in the killings and deportations of its own citizens during the Holocaust. To date, society has failed to cope meaningfully with the legacy of this criminal regime.
The musical work Black Angels Songs is divided into two books.

BOOK I is a collection of nine allusive war and funeral compositions. The composer later used them for resampling and granular synthesis through electronics in the second part of the string quartet—BOOK II. This is an expressively explosive and soundwise more massive opposite to the first part. Thus, two different parts of the work were created—the first as a reminiscence of the forgotten past and the second as a reminder of the alienating present.

The Dystopic Requiem Quartet consists of first-class Czech violinists David Danel and Anna Veverková, of the Prague Radio Symphony Orchestra, as well as of the North Czech Philharmonic, the Prague Modern ensemble, and leading Slovak performers of classical contemporary music, Júlia Urdová on viola and Andrej Gál on cello.
The composer Miroslav Tóth himself will himself play electronic instruments