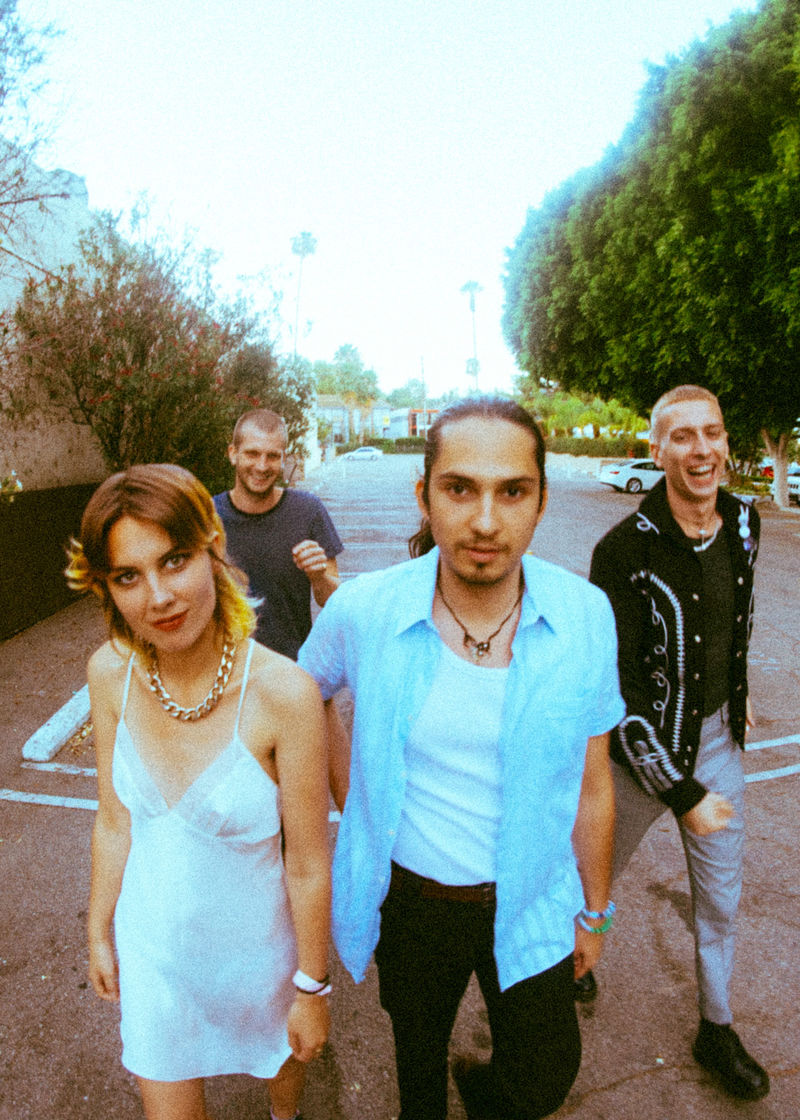 Guardian described their refreshing indie-rock as an innovative contemporary approach to the genres of the 1990s such as grunge and shoegaze. The holders of two NME Awards and the Q Award for the best live band have released three albums, and, according to the British media, they were both parts of the best that came out in those years. The great debut My Love Is Cool was, in terms of awards and reviews, outperformed by album Visions of a Life, after which Rhian Daly of NME called them 100% best band in Britain. With an average of 91 out of 100, the new album Blue Weekend is currently the second highest rated album in the list of aggregator of renowned Metacritcs reviews.

The London Indie rock band started out as an acoustic duo of singer Ellie Rowsell and guitarist Joff Oddie. They were joined by bassist Theo Ellis and drummer Joel Amey in 2012. In 2013 they released singles “Fluffy” and “Bros”, as well as their debut EP Blush. In half a year, they added another EP, Creature Songs, and DIY said about it: “Yeah, it's grunge – but this is 2014 grunge”, and rated it 5/5. The review described the energy radiating from the recording with the words “It's fucking massive”. In June 2015, they released their debut My Love Is Cool, which came second in the UK charts and ninth in the US Billboard Alternative Songs Chart. The album was nominated for both Mercury Prize and Grammy in the Best Rock Performance category. It also made it to the top ten albums of 2015 in the NME, Q, Drowned in Sound, and Under the Radar yearly selections. According to MusicOMH, the album is “a fresh injection of pure brilliance and beauty to a genre that is creaking under the weight of mediocrity and a lack of adventurous inventiveness”. DIY concluded that bands such as Wolf Alice are ready to inspire a generation and added that it is worth believing the entire media hype that has formed around them.

The high set bar of fantastic debuts tends to have weaker sequels. Wolf Alice, however, completely denied this unwritten rule with their second studio album. Visions of a Life, like its predecessor, came second in the UK sales charts and was nominated for the Mercury Prize. This time, though, the band also managed to take the most prestigious album award back home. Drowned in Sound rated it as the best record of the year, NME said it was the second-best, and Q thought it was the third-best in their year-end ranking. The recording that captures the thrill, angst, sadness, and uncertainty of being in your twenties was also praised by Drowned in Sound with attributes such as: “Phenomenal achievement” and “genuine masterpiece”. DIY said the band was on their way to becoming Britain's best band. This statement was reinforced by Rhian Daly of NME's rhetorical question, whether they are the best band in Britain, and the answer was: “100 percent”. Recently, they have confirmed their quality as headliners at the Pilton Party, which is annually organized by Glastonbury (last year it was headlined by Liam Gallagher). NME said that the band left the audience without any doubt that the headliner slot is exactly where they belong in the line-up. We believe that Wolf Alice will leave similar impressions on the Pohoda 2022 visitors as well. According to the Guardian, on the latest record Blue Weekend the band have managed to exceptionally fulfil their massive ambitions, and DIY says that each of the songs feels like the absolute peak of what it could be.