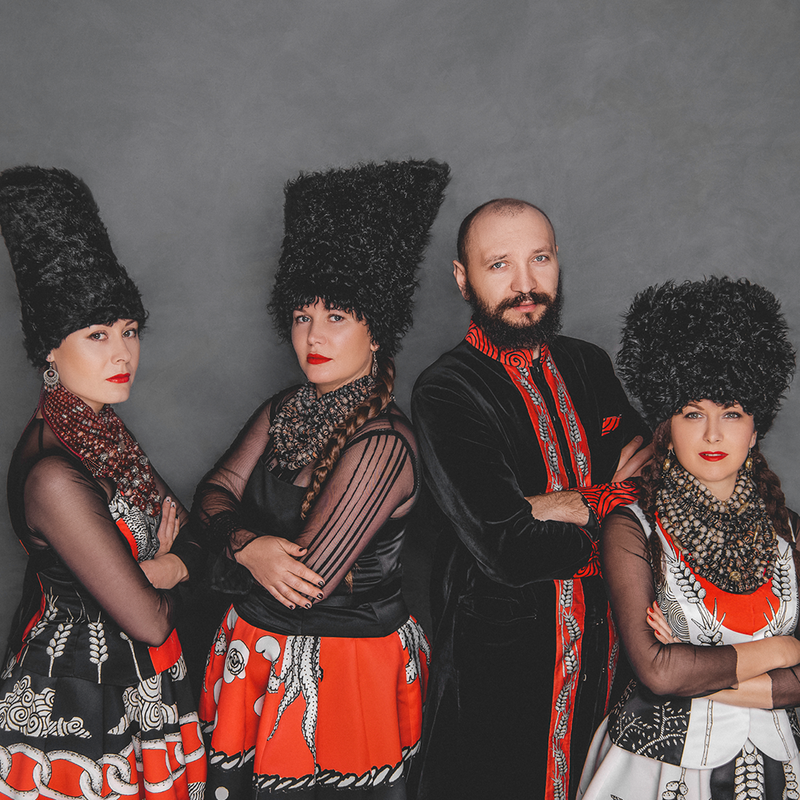 The famous quartet has released seven albums, won two prestigious Shevchenko National Awards, and recorded music for the films Bitter Harvest, Mavka, and the Fargo series. They have played in popular sessions such as NPR Tiny Desk and Live on KEXP. The members of the band are also part of other projects such as the band Dakh Daughters and the Gogolfest festival. The band consists of percussionist Olena Tsybulska, cellist Nina Garenetska and multi-instrumentalists Marko Halanevych and Iryna Kovalenko. They also performed at a recent big concert in support of Ukraine, Save Ukraine. We very much wish they arrive to Pohoda from a free country where there are no Russian occupying forces.