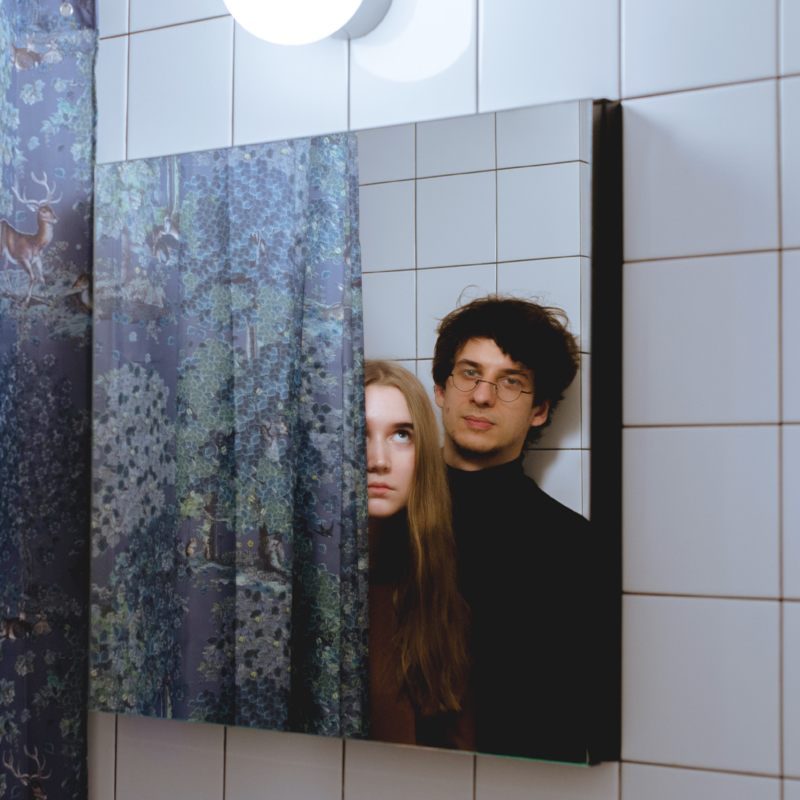 Following their premiere at Pohoda on the Ground, God and Eve are coming to Pohoda 2022 as well. The band is Eva Sajanová and Richard Grimm (Max Bazowski, Raptor Koch, Boh Vajec). They are both studying music composition and love contemporary classical music, jazz as well as artpop. Eva composes music, writes lyrics and makes recordings of initial song versions. Richard then focuses on arrangements and production. Together, they fine-tune them until they reach their final form. Their debut EP The Creation was released in February 2021 via Slnko Records label. According to Hudba.sk portal, they confirm their uniqueness with their second EP The Fastest Way to Deep Clean a House. During their live performances, the duo is accompanied by Marek Buranovský on guitar,  Jakub Kačic on bass and Tomáš Hríbik on drums. Currently, they are working on their debut album and, today, they are representing Slovakia’s music scene at Ment, a showcase festival taking place in Ljubljana.