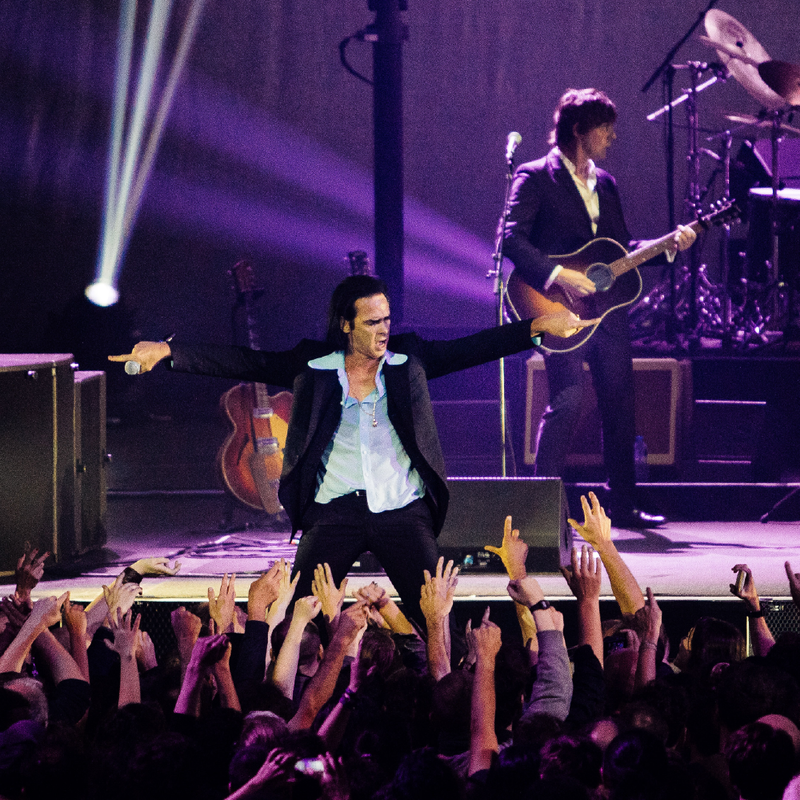 “We don’t usually repeat big names at Pohoda. Already during the concert at Pohoda 2013, I knew that this was not the case with Nick Cave. Such an exceptional artist with such an exceptional concert calls for an exceptional approach. Everyone who was there knows why—it was clearly one of the most powerful moments in the history of Pohoda. I am proud and happy that we will be able to repeat it,” says Michal Kaščák about the return of Nick Cave & The Bad Seeds to Trenčín Airport in 2022.

It is really hard to find superlatives to describe Nick Cave & The Bad Seeds. Also The Telegraph says in the title of the five-star review in autumn 2017: “An extraordinary response to the unimaginable.” Nick Cave and The Bad Seeds have recorded 17 studio albums, among them the legendary The Good Son, Murder Ballads, The Boatman’s Call, and Push the Sky Away, while he introduced the latter at Pohoda 2013. Yet the strongest moments of his creative career have been especially in recent years. He has made extraordinary personal films such as 20,000 Days on Earth and One More Time with Feeling, latter capturing the production and release of the album Skeleton Tree that contains a personal confession of Nick Cave after the loss of his son. The album became the highest rated record in the average of 2016 reviews. According to music critics, the latest album of Bad Seeds, Ghosteen, became the undoubted number one of the year, and Cave pursues this qualitative trajectory also in his latest project with Warren Ellis, called Carnage. They are even better on stage than in the studio—conjurers Nick Cave & The Bad Seeds will come to play again for the visitors of European festivals after four years. As part of the tour, they will return to Trenčín Airport after less than a decade.

In contrast to the above praises, it should be noted that one of the most acclaimed people in the world of music is not driven by great reviews or awards. For example, after being nominated for the MTW Awards for the song “Where The Wild Roses Grow”, he wrote a letter to the organizers where he politely thanked them and immediately asked that his nomination be withdrawn, saying: “My muse comes to me with the gift of song and in return I treat her with the respect I feel she deserves — in this case this means not subjecting her to the indignities of judgement and competition. My muse is not a horse and I am in no horse race”. For him, art is a form of therapy, which he confirms with songs, books, films, and on his blog Red Hand Files, where he also answers extremely personal questions from fans, and which The Guardian described as “a shelter from the online storm free of discord and conspiracies.”

Another of the performers of Pohoda 2013, Flea, called him the best lyricist of all time, and since we are mentioning “the best”, according to Juraj Kušnierik Cave is also the author of the strongest love song of all time—“Into My Arms”. Many visitors to Pohoda 2013 saw in the example of this hit where Cave’s strength lies. It is not only the captivating verses and melodies; there is also the talent to perfectly time and serve everything. Shortly after the most intimate song, he was standing on the shoulders of the mesmerized people and, together with the band, he hypnotized the crowd in the way that the SME daily described at the time: “After his performance with The Bad Seeds, the notion of charisma needs to be handled much more carefully.” The Independent commented similarly on his London concert in autumn 2017: “Tense and thunderous at times, tender and cathartic at others. It’s masterful.” Cave can partially transfer the energy of a live concert even through headphones or screens, as evidenced by the fantastic recording from the Distant Sky concert: Live in Copenhagen. It can help you tune in, but it cannot replace what Nick Cave & The Bad Seeds have offered and will offer again to the visitors of the Pohoda festival.

Tickets for Pohoda 2022 are available for purchase at www.pohodafestival.sk/sk/shop.