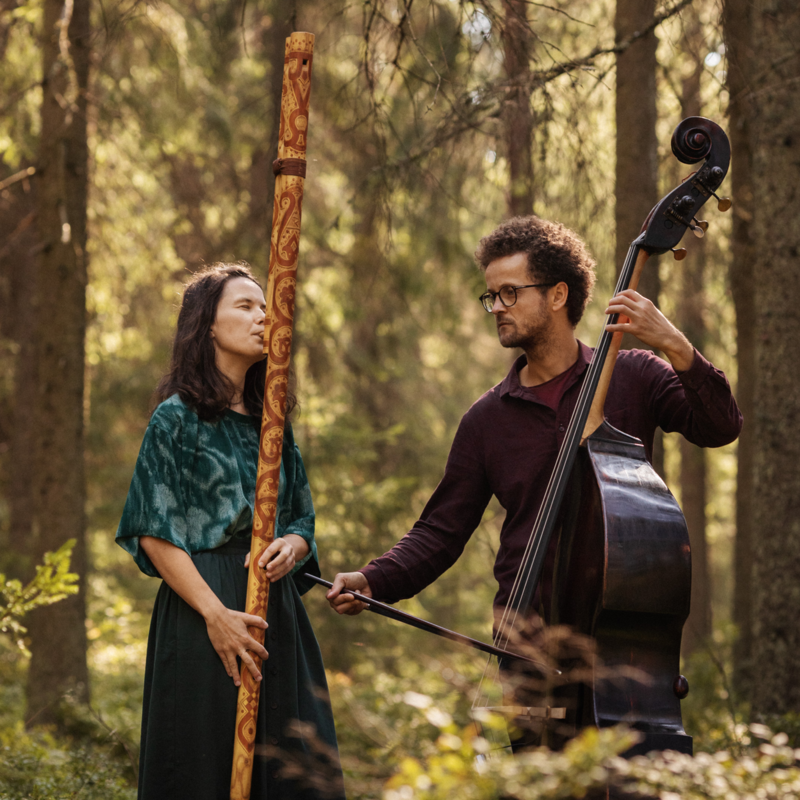 This is not a folklore coming from a folk museum but rather its lively speculative version juxtaposing male choir from Šumiac, field recordings of crickets, fujara flute, willow flute seljefløyte, contrabass and harmonium.  Ján Hocek describes it for skJazz.sk as follows: “I cannot recall another recording from that huge pile of music I have ever listened to where somebody would approach folklore in such a modern but still pure and authentic fashion! Without it losing its soul, heart and true human emotions.” Thanks to the duo, for a few moments, a teleport between meadows of Šumiac and spruce forests surrounding Oslo will form at Trenčín airfield.

Their album Zvony is praised by Czech magazine Frontman as well: “Album Zvony brings a completely new dynamics to the, perhaps, overused expression ‘a modern take on folklore’. The modernity itself is not being smuggled into the music by adding rock or electronic elements, but it measures the traditional inspirations against similarly approached modern styles. A number of new tracks from the album show that the Scandinavian tradition of modern, sometimes avant-garde or ambient-tinged jazz bears a striking resemblance to the music tradition of our Eastern brothers. For this discovery, the reviewed collection by Michaela Antalová and Adrian Myhr deserves to be given an accolade.”