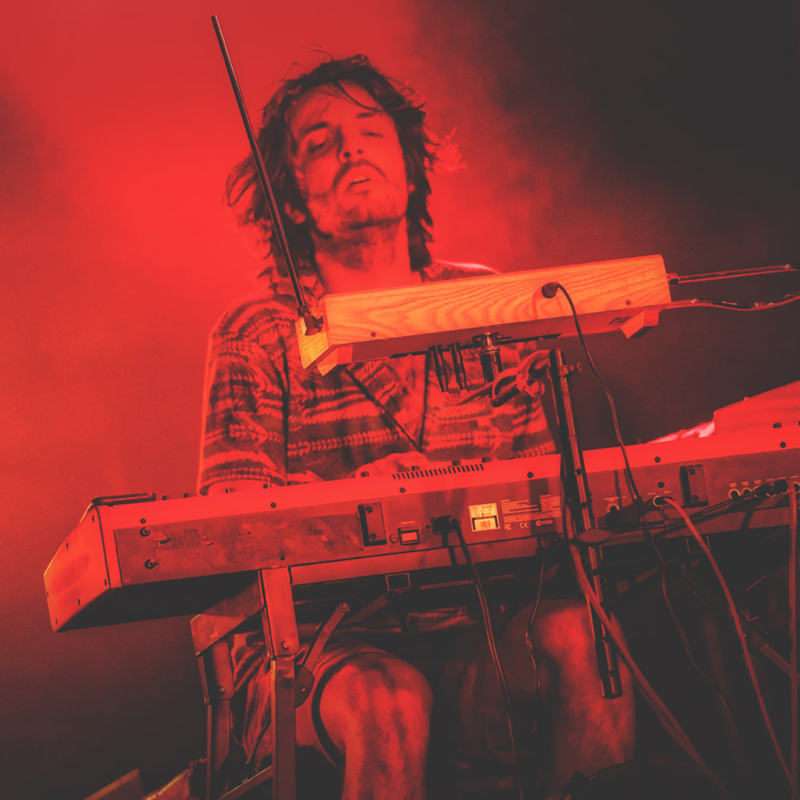 Pohoda 2022 to host Mezerg, an extremely entertaining and talented multi-instrumentalist, sound experimenter, and master of improvisation. This French music showman became one of the winners of Music Moves Europe 2022 yesterday, and a concise quote from the jury members on his behalf speaks for itself: “He is doing something crazy! Good show, good music, good at all!” Mezerg plays mainly dance and electronic music oscillating between funk, house, and acid techno. Instead of pre-recorded samples, you get to see live brilliantly performed instrumental pieces; we ourselves witnessed them at Eurosonic at the beginning of 2020. We danced through the whole show in the first row and left soaking in sweat. The dramaturgist of our club, Matwe, was also excited, and described the artist briefly and clearly: “Genius!”

With this project, Mezerg pays homage to jazz bars and nightclubs, their whirl of energy and irresistible sounds. He sets the rhythm with his feet, plays melodies and harmonies with his hands, and at the same time, he controls a number of effects that complete the colour of his musical expression. There are no limits to creativity, so Mezerg’s instrument portfolio contains also keyboards made of various types of melons and, as The Music Man portal described it: “It sounds brilliant!”. The whole set is overlooked by the antenna of his theremin, which he plays like a little god yet sometimes tries to sell on the Internet with a note saying that it is in new-like condition and he has never touched it (although rumours say there would be a proof of him touching it with his tongue during a show). We believe that his energetic performance will touch also many visitors to the 24th edition of our festival.