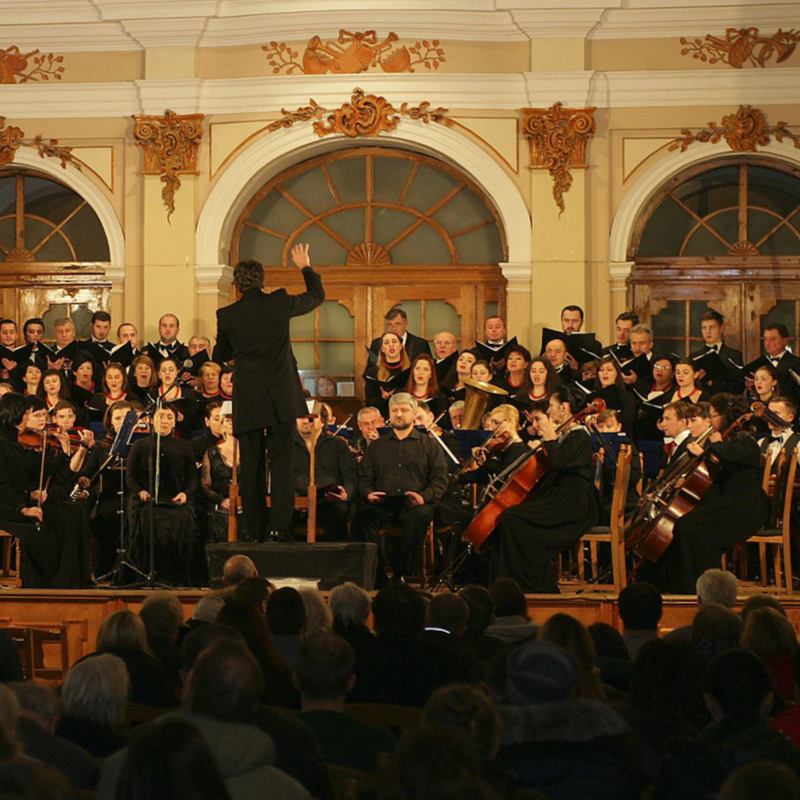 The Luhansk Philharmonic (Academic Symphony Orchestra of the Luhansk Regional Philharmonic), whose members fled Luhansk from the Russian military aggression and are currently operating in Lviv, will open the main stage on Saturday afternoon.

The head of the ensemble, Igor Shapovalov, says: “The Luhansk Philharmonic was reborn for the second time, just like Phoenix. First in 2014 after the occupation of much of the Donbas, including the city of Luhansk by Russian troops, when the orchestra moved to Severodonetsk. And this year, when many members of the orchestra had to escape again and several found refuge in Lviv. The musicians don’t give up and get involved in the fight for victory.” The story of the orchestra was also captured by Al Jazeera’s Rob McBride in the report Music of Resistance. He describes its meaning: “The fate of the orchestra represents the shared experience of all Ukrainians.” The Philharmonic currently operates in the Lviv Organ Hall, and it is the local conductor Ivan Ostapovych to conduct the orchestra also at Pohoda 2022.