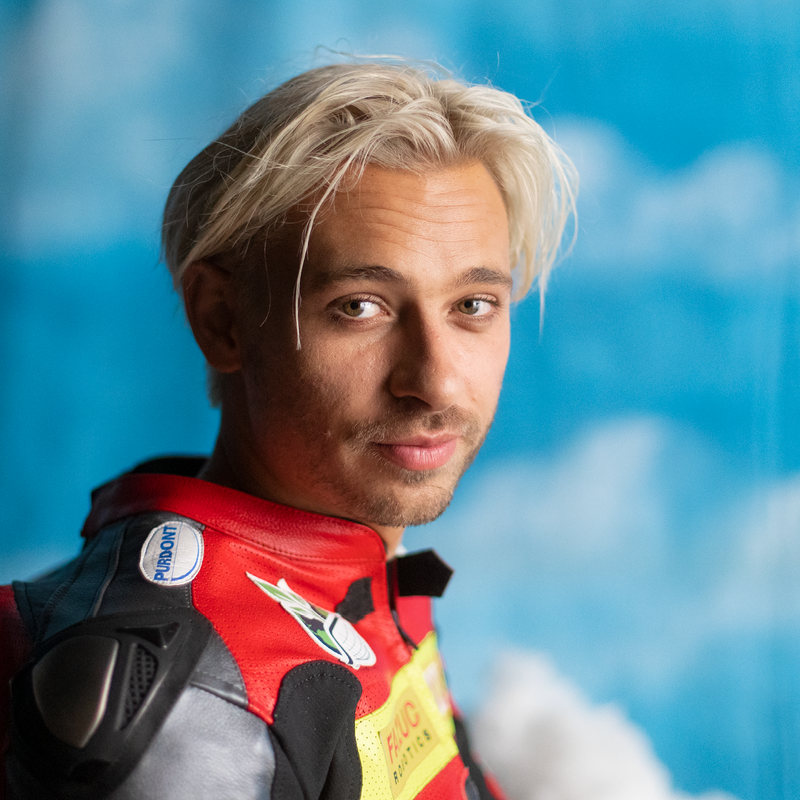 Visitors of Pohoda 2022 will dance also to the music of the Grammy 2017 winner for the best electronic album, Australian DJ and producer Flume. A pioneer and populariser of the future bass genre, he has also a member of the duo What So Not and collaborated with a number of names such as Lorde, Chet Faker, Disclosure, Tove Lo, and London Grammar. He became one of Australia’s biggest stars with his debut Flume, and gained the worldwide success with the album Skin, which The Independent described as the audio equivalent of ecstasy. At the beginning of February, he released the song “Say Nothing” as a teaser for his third album Palaces, which will be out on the 20th May, and visitors to Pohoda will be among the first to hear it. What can they expect from him live? The 303 magazine wrote after his concert at Red Rocks: “A breath-taking odyssey of light and music.” We have been trying to book Flume for years, since our external consultant Robo Brieška told us about him. We are glad that it finally worked out. We are sure that this will be a fantastic end to the Friday’s line-up on the main stage.”

The life of the eleven-year-old Harley Edward Streten changed with a package of breakfast cereal. More precisely with a mixing program CD that was packaged in a box of the cereal. A leisure-time entertainment soon became the primary form of his realization, and before the age of twenty, he began producing house music under the name HEDS. His first radio play was in 2011 on the Australian national station Triple J, and he participated in a competition of the record company Future Classic with the songs “Sleepless”, “Over You”, and “Paper Thin”. He compiled the songs in his debut EP Sleeples. A year later, he released his self-titled debut album Flume, which he recorded on his first laptop that he had ever purchased. He finished the album while on a low-budget trip to London. However, the result is far from low-cost. The album received great reviews, won four awards at the ARIA Music Awards and also dominated the Australian album sales chart. The deluxe version of the album also included a remix of the Disclosure song “You & Me”, which is reaching half a billion hearings on Spotify. At the end of the same year, in cooperation with Chet Faker, he released an EP Lockjaw. It includes hit “Drop The Game” with a great dance video, which is still the most watched on the YouTube channel of Future Classic.

During the breaks between the albums, he worked, for example, with Emoh Instead on the project What So Not (he left it in 2015). He has released a remix of the Lorde’s song “Tennis Court” and the single “Some Minds” with Andrew Wyatt. Truly ground-breaking was his second album, Skin. Also thanks to hits such as “Never Be Like You”, “Say It” or “Smoke & Retribution”, he dominated the album sales charts in Australia and New Zealand, as well as dance-electronic recordings charts in the United States. The icing on the cake was another award for Album of the Year at the ARIA Music Awards and especially the Grammy for Best Dance/Electronic Album. He developed the album on the subsequent EPs Skin Companion EP 1, Skin Companion EP 2, and Skin: The Remixes. “Never Be Like You” received 2.2 million votes in the Triple J’s Hottest 100 of 2016 countdown, a record in the history of the Australian radio’s countdown. Flume had three other songs among the one hundred songs of the year.

In 2019, he released a more experimental mixtape Hi This Is Flume, which earned him his third Grammy nomination for the Dance Album of the Year. He has collaborated on it with artists such as slowthai, JPEGMafia, Sophie, and Kučka. In the summer of the same year, in cooperation with Reo Cragun, he released the EP Quits. Other successful singles “Rushing Back” and “The Difference” followed. Only a few days ago he released the song “Say Nothing”. It is the first song from the album Palaces, which will be released on 20th May. It will again feature Kučka, as well as Caroline Polachek, Damon Albarn, and many others. The album invites listeners to slow down and try to focus on nature. We also suggest fans of quality dance music pay attention to his new album, as well as his live performance at the Trenčín airport.