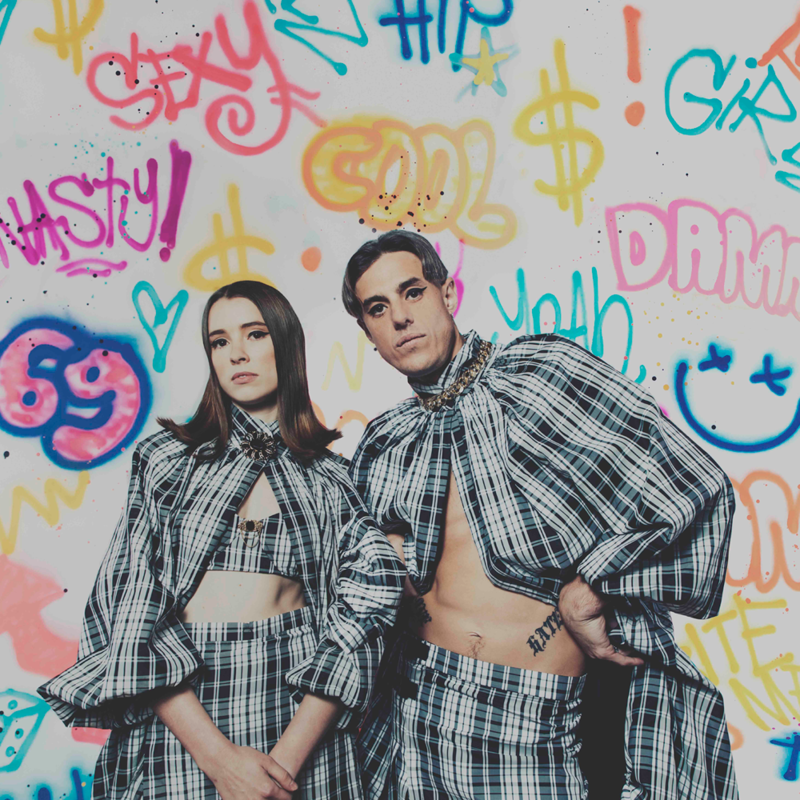 Confidence Man finally made a breakthrough with their performance at The Great Escape and Glastonbury in 2017. After their show, Gigwise compared their sound to a combination of LCD Soundsystem and The B52s.  After their concert at Pohoda, the same website wrote: “If it’s a party you’re after, then Australian acts Confidence Man and Donny Benet provide the action. The former’s choreographed moves, deadpan expressions and baggy hyper-funk got the Arena Slovenskej Sporitelne shaking their collective booty.” By the way, Confidence Man also have prominent friends, such as The Edge and Noel Gallagher, who told the BBC the story of how they relieved the band of troubles with an angry neighbour..

Shortly before Pohoda 2018 they released their debut Confident Music For Confident People, which, according to Drowned in Sound, is the most unashamedly addictive record you’ll hear all year. Odes to the album were also confirmed by the year-end charts with their debut ranking among the best recordings of the year, according to The Guardian, NME and The Skinny. However, it's their live shows that's the important factor, as confirmed by DIY after their performance in Slovakia: „At various points singers Janet Planet and Sugar Bones crawl around the floor like cats, spray the crowd with champagne, spend several moments checking themselves out in a mirror and gyrate around with saucy abandon. It’s ridiculous and brilliant, and the packed tent can’t get enough.” Their concert was also praised by the local media. For example, the website Teraz.sk wrote: "An inconspicuous highlight of entertainment was delivered on Friday by the Australian act Confidence Man... A little bit of "Let’s exercise to the rhythm", a bit of B-52's, a gentle touch of Happy Mondays or Primal Scream, a lot of energy. Different, cheerful, lively; excellent fun was also met with response from the audience who were attracted by the dynamics of the performance of Pohoda’s "black horse". Our colleague Natália described the concert as her highlight as well and added: “From the beginning to the end, Confidence Man delivered a sophisticated dynamic show, accompanied by energetic choreographies of the main duo who even managed to (almost imperceptibly) leave the stage several times and change into impressive costumes (about 5 times). With all that taken into account, they serious expressions, paradoxically, gave away they weren’t taking themselves seriously at all.” This is also confirmed by Janet Planet, who briefly adds at the end of the interview for portal Tone Deaf: “It’s about making this really awesome dance music that doesn’t take itself too seriously.” With their approach unchanged, they also released other singles, such as “Does It Make You Feel Good”, “Santa’s Coming Down the Chimney”, “First Class Bitch”, “Holiday”, and the brand new Feels Like A Different Thing which confirm high quality and trend. Confidence Man will make us dance again in early July 2022.