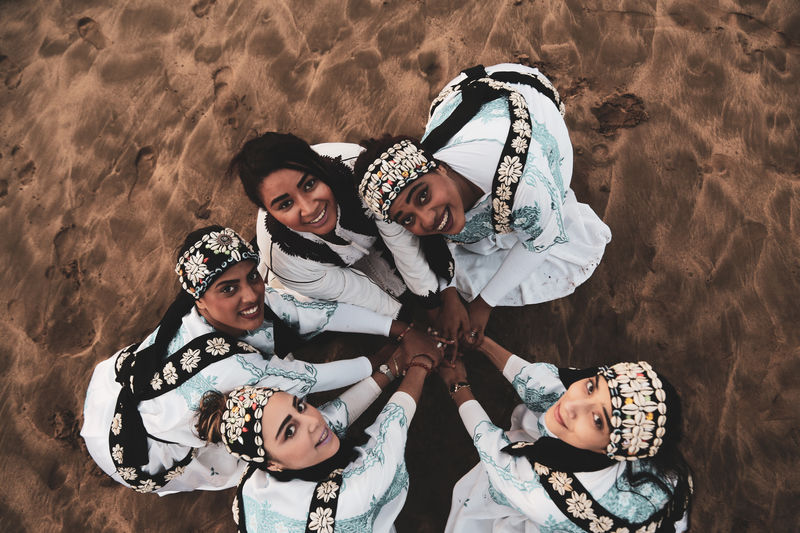 The first representative of world music at Pohoda 2021 is Asmâa Hamzaoui with the band Bnat Timbouktou. Asmâa is a rarity of the Moroccan music scene. She is the first female representative of the Gnawa genre (ritual music of sub-Saharan tribes which has the effect of provoking trance state) and a professional player of an instrument called Guemri (a type of three-string bass lute – her father was the master of playing the instrument). At the age of 16, she became the first woman to ever perform at the official Gnawa genre event as a Guemri player. Nowadays, she spreads this desert blues in a contagious manner together with her exclusively female band Bnat Timbouktou, whose members accompany their singing by playing metal castanets, so-called qraqebs.

Gnawa music goes back to the times when the inhabitants of these areas were in slavery and thus talks about their suffering. Just a few weeks ago they released their debut Oulad Lghaba, which describes Gnawa spirituality, life in Africa, how we should live in harmony with nature, and also the consequences we face if we abuse it. The album currently ranks third in the Transglobal World Music Chart and ninth in World Music Charts Europe. Asmâa Hamzaoui & Bnat Timbouktou push musical boundaries, emancipate the scene and raise equality issues, paving the way for new generations of female musicians. At the same time, they maintain cultural and spiritual traditions in present-day Morocco and spread them all around the world.