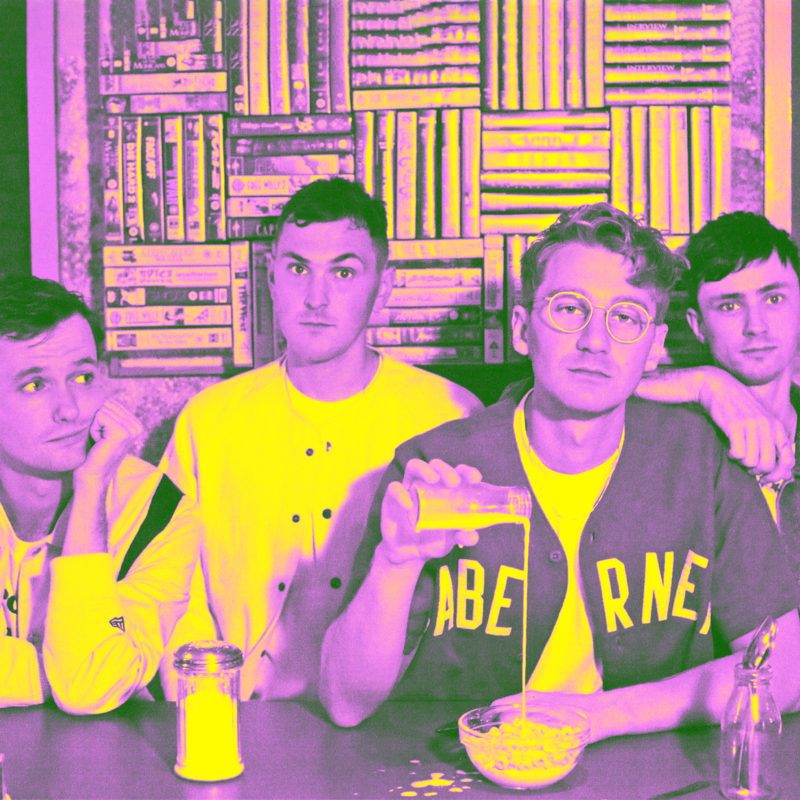 Glass Animals were supposed to perform at our festival in 2018, however, they had to cancel the rest of the tour due to drummer Joe Seaward’s serious injury. After a three-year break, the popular British band recorded a new song Tokyo Drifting (with Danzel Curry) in autumn 2019, kindling hope in us as well. Shortly after the New Year, brilliant news arrived from the islands, so after announcing events such as Glastonbury, Coachella or Bonnaroo, the attenders of Pohoda 2021 will get a chance to see the great British band Glass Animals, too.

“Intelligent pop” is the expression that many of us would think of as an oxymoron, but the thing is true for the work of the great British band Glass Animals. The members of Glass Animals have known each other since they were thirteen, but they founded the band only seven years ago. Their first concert took place in the same club as Radioheadʼs concert did. In 2012, they released EP Leaflingsand shortly after that, Paul Epworth (producer for Adele and Rihanna and several Grammy awards winner) got to see them perform live in London; they soon became the first release of his new label, Wolf Tone. Their debut Zaba received a rating of 8/10 by NME, Q, DIY, and Clash. The Czech Radio Wave rated their first album Zaba the debut of the year in the album of the week chart. The album gained popularity mainly on-line and in Australia. Not much time had passed and Glass Animals were the opening act of St. Vincent and Metronomy; they also appeared on the Later With Jools Holland, Jimmy Kimmel Live, Late Night with Seth Meyers, and Late Show with James Corden.

In May 2016, they released their second album, How to Be a Human Being, which marked their final breakthrough among the hottest bands of the day. A former student of neurology, singer Dave Bayley, has distinguished himself as a great observer and narrator of the stories of ordinary people. The album was nominated for the Mercury Prize and earned extraordinarily high ratings from The Guardian, Skinny, and MixMag. It was also among the top 20 albums of the American hit chart. Mixmag wrote that Nobody else sounds like them right now; the Line of Best Fit said the album is pure brilliance, and youʼre forced to revisit the record every chance you get. Each listen reveals more, scrapes back another layer. Glass Animals have won many fans in our region with their concerts in the Czech Republic. The Wave radio published a very positive review of their second album: “The band has proven excellent narrative abilities and lightness in talking about the problems of an ordinary person. Itʼs no longer fiction from a dark Oxford bedroom, it is an experienced authentic essence of life”. Their charm does not lay only in their obsession with detailed studio work; it is also contained in an imaginative stage performance: the visitors of their last performance in the Czech Republic had a first-hand experience. iReport wrote about the concert: “The band masterfully beguiled the Prague audience. The sold-out hall was given not only what they had expected, they also received so much more”. We believe that Glass Animals will too overcome the expectations of the visitors of the 24th Pohoda, where the band will perform at Pohoda 2021.