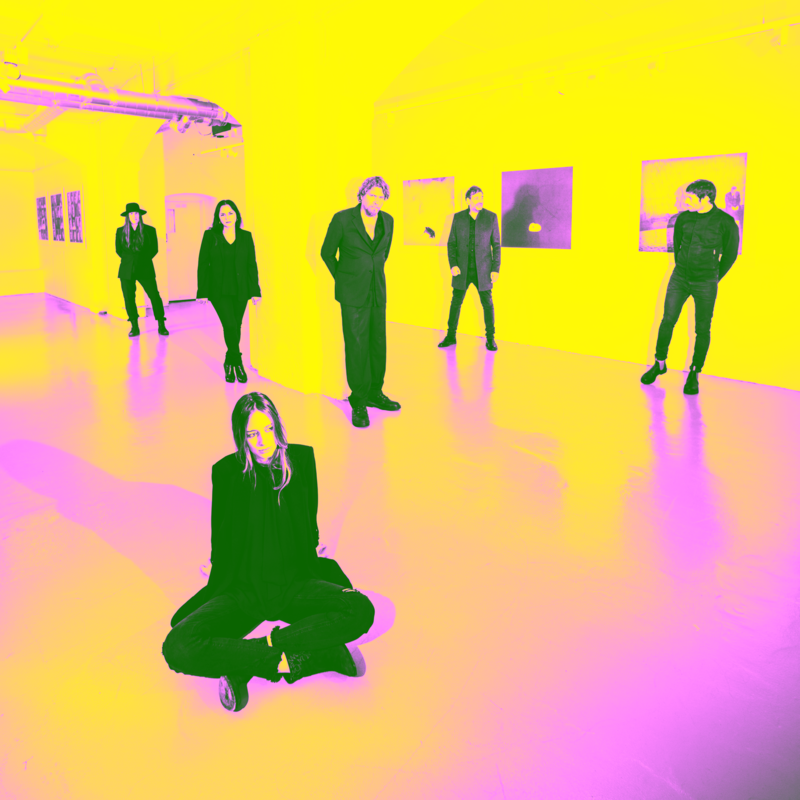 London band Archive is another name of Pohoda 2021 line-up. During a quarter of a century of their existence they’ve recorded dozen albums that spoke to guitar enthusiasts, trip-hop fans and electronic music fans alike. A retrospective collection of their best work called “25” was released in May of this year. You'll find 43 songs on six vinyls – the greatest hits and eight new releases (including their collaborations with Band of Skulls and Steve Mason). The extraordinarily prolific band Archive will introduce a selection of their work complemented by impressive visuals at the Trenčín airport as well.

Archive was founded in 1994 by Darius Keeler and Danny Griffiths (they started together in drum & bass band Genaside II) who were joined by singer Roya Arab and rapper Rosko John. In the beginning, the band tended towards electronics and trip-hop which was reflected on their successful debut “Londonium” and the album “Take My Head”. The albums “The Same To Me” and “Noise” marked a departure from trip-hop towards psychedelic and progressive genres. Gradually, the band stopped putting emphasis on the frontman and became a team of artists collaborating on the resulting sound, which was reflected on great album Lights. Their 15 years on the scene were celebrated by the album “Controlling Crowds I-III” which was made famous by the song "Bullets". It became number one in France and Greece and number two in Switzerland. The album was followed by another studio record “Controlling Crowds: Part IV” a few months later.

In 2012 they introduced the emotive album “With Us Until You're Dead”. Their 20 years on the scene were celebrated by an album and a film at the same time, entitled Axiom, which they presented at the Sundance London Film Festival. The music was fantastically set in motion on the screen by the NYSU artistic collective who also provided visualizations for the live performance of the album. The sold out Roundhouse was impressed by the performance. In a review for Drowned in Sound, the radio presenter and DJ Ola's Kool Kitchen described their eclectic set as post-trip-electro-prog-rock. Within a short space of time they added the album “Restricion” which is simple production-wise and more focused on powerful lyrics and motives. The eleventh studio album is “The False Foundations” from 2016 which they presented in Prague. Fullmoon wrote the following about the concert: "Their work with the sound is incredible, it is worth mentioning quiet passages which make one’s blood cold in their veins”. Great live performance was also confirmed in the Czech capital a few weeks ago, where they stopped within a tour celebrating a quarter of a century of the band’s existence, and charmed the Fullmoon editors again. “The live performance of their music is astonishing and diametrically different from what we are accustomed to from studio albums.” The attenders of Pohoda 2021 can look forward to a similar show.